OSIRIS-REx launched from the Earth in September 2016, and is planned to return with its cargo in 2023. The spacecraft, part of a NASA program, will collect rocks and dust from the surface of the asteroid Bennu in order to better understand "the initial stages of planet formation and the source of organic compounds available for the origin of life."
The announcement of a sample retrieval date comes after a successful sample-collection rehearsal last month, where OSIRIS-REx also captured pictures of the asteroid's rocky surface. A second rehearsal date is slated for Aug. 11.

A photo of Bennu's surface from 200 feet above.
"From the project's inception, and from experience on previous missions, the principal investigator, Dante Lauretta, myself and the team laid out a methodical schedule with strategically placed schedule margin with the knowledge that we need to accommodate unexpected events along the way," said Heather Enos, deputy principal investigator for the mission in a press release. "The fact that this is such a long mission means there's more opportunity to experience the unexpected."

OSIRIS-REx will not land on Bennu's surface to capture its sample. Instead, it will use the Touch-And-Go Sample Acquisition Mechanism to shoot a jet of nitrogen, dislodging particles from the asteroid. The spacecraft is expected to be able to capture upwards of 60 grams worth of carbonaceous dust and rock ejected from Bennu's surface.
OSIRIS-REx arrived at the asteroid Bennu in December 2018 and has since been surveying and studying the asteroid from orbit. The mission is scheduled to leave Bennu in March 2021. 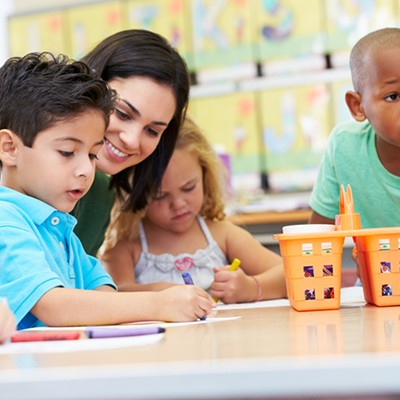 What Parents Should Know About Coronavirus as Kids Return to Babysitters, Day Cares and Camps

Your Southern AZ COVID-19 PM Update for Tuesday, May 26: What We've Covered Today