For many musicians and performers out of work due to COVID-19, virtual performances have served as a mild bandage. But while performing in front of webcams may help ease the quarantine time, it doesn't replicate the community engagement found around Tucson’s stages and venues. But in recent weeks, a community of artists have worked to develop an online variety show, not only to get money in the pockets of local artists and businesses, but to rekindle the spirit of Tucson’s art.

Tucson Helping Tucson hosts a weekly livestream to “foster virtual community connections” and raise money for locals in need. The artists who perform on the show get paid, and the show also raises donations for a Revolving Loan and Grant Fund operated by the Community Investment Corporation for small businesses. So far, Tucson Helping Tucson has distributed more than $200,000, helping 80 businesses and paying 35 artists, according to its website.

“When it became very apparent that our small businesses were going to be suffering, the idea popped in my head that we’d have a lot of artists out of work and businesses that need help, and we could potentially stimulate the creative class to provide a fundraising mechanism for the business community,” said Tom Heath of Nova Home Loans, who helped organize the movement.

THT’s weekly livestream, hosted by Frank Powers, is a collaboration with Brink Media, Local First Arizona and the Tucson Metro Chamber that showcases local musicians, artists and entrepreneurs, who get paid for their time on-air.

Now five weeks into their show, THT has hosted local musicians like Gabriel Sullivan, Seanloui and Miss Olivia & The Interlopers, as well as standup comedians, local teachers and business owners.

During THT’s first online show, a local bartender was so moved by the need for local support, he donated two dollars out of the two dollars and three cents in his bank account.

“I got goosebumps when I saw that; it’s not just the dollars, it’s the fact we’re rallying around the community,” Heath said. “This isn’t about Tucson Helping Tucson fixing the problem, it’s about us taking on a slice of it and making sure people are aware… At the end of the day, figure out the best way you can help, and as a community, we’ll figure out the best way through this.”

THT teamed up with CIC to develop the small business fund, which is offering local businesses access to $10,000 in zero interest loans.

“The average small business has 27 days of cash on hand, and we’re already past that,” said Danny Knee, executive director of the CIC. “So I don’t think we’ve ever seen a crisis of this magnitude.”

The Emergency Fund began with CIC looking to commit $200,000 to local businesses. At the same time, THT was looking to partner with a Tucson-based lender to house and collaborate on local funding. CIC is offering nonrecourse loans to affected businesses with the hopes of developing a “pay it back to pay it forward” model. Essentially, in the future CIC will encourage the businesses who received a loan to repay what they can, and the money that gets repaid will hopefully create a “revolving fund” for other small business emergency situations.

“The donations that they make to this fund will continue to support small business through the amount that gets paid back, in perpetuity,” Knee said.

For legal reasons, the money CIC is offering has to be in the form of a loan, however they’re not including administrative fees or interest for applying businesses. According to Heath, this is resulting in the funding being “more pledges, than loans.” The partnership has already helped six small businesses, including Five Points Market and Dish for Dosha. On average, Knee says CIC can distribute the loans a week after businesses apply.

“Tucson Helping Tucson has raised awareness about our efforts exponentially over what we could have ever accomplished ourselves,” Knee said. “We are ecstatic about being part of this community driven fundraiser and have had over 70 individual donors to the cause. Unfortunately, the current volume of donations and the trends we’ve seen in giving do not look like they will get to a point of matching our commitment which is why I sought additional funding from our board.”

Beyond the Emergency Fund, CIC is offering two additional avenues for local business funding. They are working with Growth Partners Arizona, which is the local hub for Kiva, an online nonprofit that allows individuals to loan funds to entrepreneurs and businesses. CIC is also working with WeFunder, a similar online community funding service for startups and small businesses.

“Basic needs, services and nonprofits are going to be in dire need of money and resources as well. So for those who aren’t sure if they can donate to the cause, they can loan money directly to businesses through Kiva or WeFunder,” Knee said. “So we’d like to direct Tucsonans to actually invest in the local businesses—they lend their money and they make their money back… It is incredible the way so many people are giving their time and energy to this effort. It says a lot about who we are and it says a lot about Tucson.”

Census Is Still Underway, Despite Hurdles Created By COVID-19 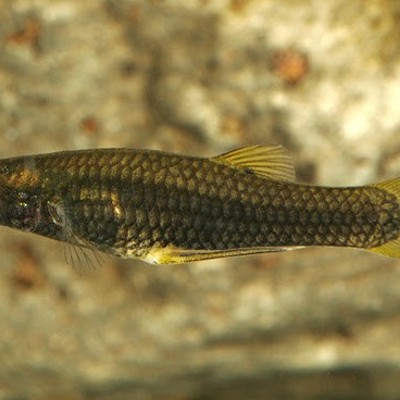