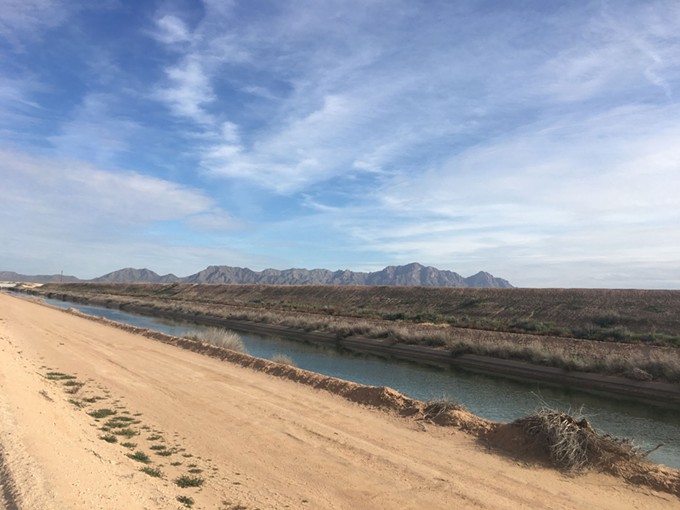 Lillian Donahue / Cronkite News
The Central Arizona Project canal system spans 336 miles and brings 1.5 million acre feet of water from the Colorado River down past Tucson.
A new survey finds differences in how Americans feel about water, and how those feelings translate into action.

The Water Main, a project from American Public Media, wanted to know how Americans think, feel and worry about their water. Among its findings is that knowledge of water issues isn’t the biggest predictor of whether someone takes the effort to act. Personal connections to particular rivers, lakes and oceans led to more concrete conservation measures.

Half of the 1,005 people surveyed reported feeling a strong personal connection to a river, lake, ocean or other body of water.

More people older than 65 felt this way than those younger than 45, the survey found.

“So we may have a generational gap here of connecting to water that’s important to pay attention to,” Skoczlas Cole said.

The survey – which divided the country into West, South, Northeast and North Central regions – also found geographic and regional differences in how people think about water. Residents of Western states were more likely than the rest of the country to vote with water issues top of mind, but knew less about sources of water pollution than those in the Northeast or Midwest.

Western respondents also were twice as likely to say that water is too heavily regulated than respondents in Eastern states.

The survey aimed to measure attitudes and perceptions about water by looking at four specific dimensions: how much people know about water, how much they care, how concerned they are and their actions to protect water.

“Some of us who work on water fear that it is ‘Out of sight, out of mind,’” Skoczlas Cole said. “But that’s really not the case. In reality, eight in 10 Americans expressed concern for the future of water.”

The survey, titled Water + Us, was compiled by the APM Research Lab and the Water Main, whose mission “is to build public will in support of clean, accessible, affordable water.” The organization defines public will as “a willingness and an ability to take action.”

This story is part of a project covering the Colorado River, produced by KUNC and supported through a Walton Family Foundation grant. KUNC is solely responsible for its editorial content.

Survey: Latino families, businesses say they were left out by CARES Act