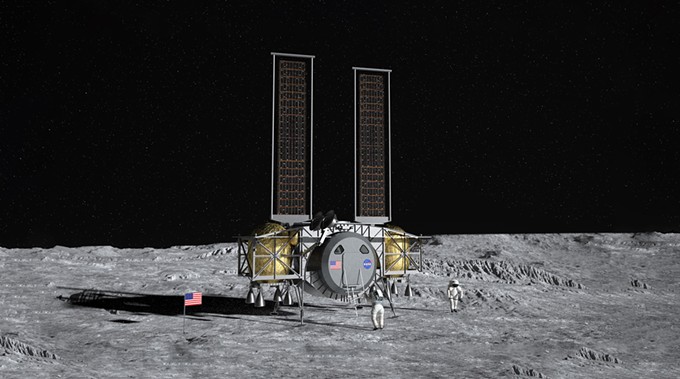 Courtesy Dynetics
n artist's concept of the Dynetics Human Landing System, for which Paragon will design the life support system, on the surface of the moon.

Technology currently being designed in Tucson may soon help the US send astronauts to the moon for the first time in 50 years. Paragon Space Development Corporation, headquartered in Tucson, is part of a science team that recently secured a NASA contract to design a human landing system to take the first woman and next man to the lunar surface by 2024.

“This is a major endeavor for the US, and we’re so excited to be a part of it,” said Grant Anderson, president and CEO of Paragon. “This is like a jewel in the crown of any environmental control company.”

The team Paragon is on was organized by Dynetics, a subsidiary of Leidos that provides engineering and science solutions for the national security, space and cybersecurity sectors. As part of this team, Paragon will provide the Environmental Control and Life Support System for the human landing system.

“The company was looking at those similar to Dynetics, and knew of Paragon already. They were a natural connection to our team,” said Kristina Hendrix, director of communications for Dynetics.

According to Hendrix, NASA put out requests for proposals for the Artemis Human Landing System last summer, and Dynetics quickly moved into action, assembling a team of subcontractors over three to five months. Other members of the team include the Sierra Nevada Corporation, Tuskegee University, Bionetics Corporation, Oceaneering International and more than a dozen others.

While Anderson says working on a moon lander has an especially inspirational feeling to it, this type of contract is not new for Paragon; the company has supported the development of every human-rated vehicle for NASA since 1999. Founded in 1993, Paragon focuses on creating life support and thermal control systems that would "allow humans to expand beyond their previously believed limits."

According to Paragon, the Dynetics team was specifically assembled to be agile, fast and responsive in order to minimize schedule, reduce schedule risk and swiftly address any challenges or hurdles that may emerge.

The Dynetics team is one of three teams NASA selected to design and develop human landing systems for their Artemis program. The other two teams are operated by SpaceX and Blue Origin.

According to Robert Newman, Lunar Lander program manager at Paragon, the employees were “over the moon” when they found out the team had secured the NASA contract.

“We’re going to try to get there as quickly as possible, and that means using as much heritage technology as we can and adapting it to the moon’s atmosphere, and using new hardware where we need it,” Newman said. “The biggest challenge we’re expecting is that it has to be something that is reliable and safe.”

Dynetics' landing system is a single structure that will provide the ascent and descent capabilities that will launch on the existing Vulcan launch system, whereas SpaceX's is a "fully integrated lander that will use the SpaceX Super Heavy rocket" and Blue Origin's is a three-stage lander to be launched on its own New Glenn Rocket System and the Vulcan launch system.

Hendrix says Dynetics’ design is one of three selected because it puts a focus on crew safety, and the crew aren’t required to disembark from the module from high above the lunar surface; she says it will allow the astronauts to “jump off the front porch” onto the moon, and it is a modular “plug and play” design that can work in conjunction with other pre-existing technologies, such as the Vulcan launch system.

“We want to focus on the crew,” Hendrix said. “That’s what this project is all about.”

When NASA announced the three winning teams on April 30, they also confirmed that the combined contracts for all teams would total $967 million, a funding amount that will be utilized over the next 10 months. Once that time is up, NASA will select just one of the teams for further funding and development.

"This is the spirit of America at work—coming together with complementary capabilities to harmonize and get a critical job done,” Anderson said in a press release.

According to NASA, working with these three teams of commercial partners will allow for the development of sustainable lander systems followed by sustainable demonstration missions. During each phase of development, NASA and its partners will use "critical lessons from earlier phases to hone the final concepts that will be used for future lunar commercial services."

NASA's Artemis program, charged with returning to the moon in the next four years, will fine-tune precision landing technologies and develop new capabilities to allow robots and crew to travel greater distances and explore new regions of the moon. On the moon’s surface, NASA has proposed building a new habitat and rovers, testing new power systems and much more to get ready for future human exploration of Mars.

“This is an opportunity that only comes around once in a lifetime,” Newman said. “Or maybe only once every two lifetimes.” 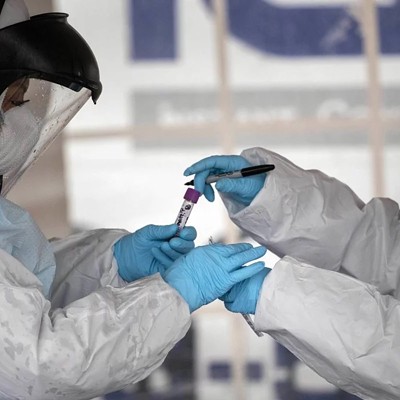