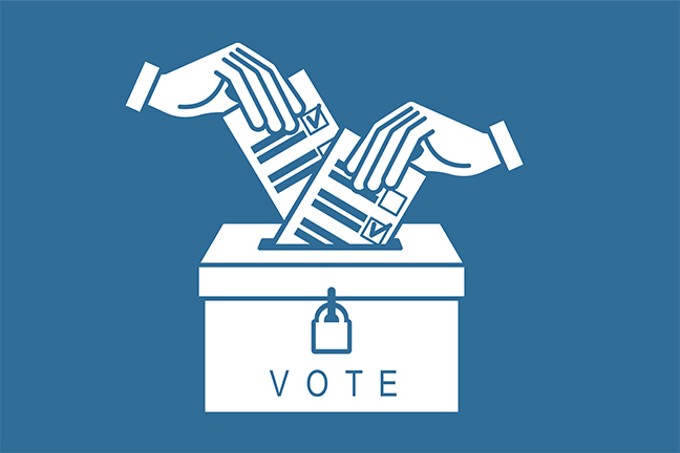 In an April report that warns of the risks of fraud in mail-in voting, a conservative legal group significantly inflated a key statistic, a ProPublica analysis found. The Public Interest Legal Foundation reported that more than 1 million ballots sent out to voters in 2018 were returned as undeliverable. Taken at face value, that would represent a 91% increase over the number of undeliverable mail ballots in 2016, a sign that a vote-by-mail system would be a “catastrophe” for elections, the group argued.

However, after ProPublica provided evidence to PILF that it had in fact doubled the official government numbers, the organization corrected its figure. The number of undeliverable mail ballots dropped slightly from 2016 to 2018.

The PILF report said that one in five mail ballots issued between 2012 and 2018, a total of 28.3 million, were not returned by voters and were “missing,” which, according to the organization, creates an opportunity for fraud. In a May 1 tweet that included a link to coverage of the report, President Donald Trump wrote: “Don’t allow RIGGED ELECTIONS.”

PILF regularly sues state and local election officials to force them to purge some voters from registration rolls, including those it claims have duplicate registrations from another state or who are dead. It is headed by J. Christian Adams, a former Justice Department attorney who was a member of the Trump administration’s disbanded commission on election integrity.

The report describes as “missing” all mail ballots that were delivered to a valid address but not returned to be counted. In a statement accompanying the report, Adams said that unaccounted-for ballots “represent 28 million opportunities for someone to cheat.” In particular, the organization argues that the number of unreturned ballots would grow if more states adopt voting by mail.

Experts who study voting and use the same data PILF used in the report, which is from the Election Administration and Voting Survey produced by the federal Election Assistance Commission, say that it’s wrong to describe unreturned ballots as missing.

“Election officials ‘know’ what happened to those ballots,” said Paul Gronke, a professor at Reed College, who is the director of the Early Voting Information Center, a research group based there. “They were received by eligible citizens and not filled out. Where are they now? Most likely, in landfills,” Gronke said by email.

A recent RealClear Politics article based on the PILF report suggested that an increase in voting by mail this year could make the kind of fraud uncovered in North Carolina’s 9th Congressional District in 2018 more likely. In that case, a political consultant to a Republican candidate was indicted on charges of absentee ballot fraud for overseeing a paid ballot collection operation. “The potential to affect elections by chasing down unused mail-in ballots and make sure they get counted — using methods that may or may not be legal — is great,” the article argues.

PILF’s report was mentioned in other news outlets including the Grand Junction Sentinel in Colorado, “PBS NewsHour” and the New York Post. The Washington Times repeated the inaccurate claim of 1 million undeliverable mail ballots.

In a statement, the National Vote at Home Institute, an advocacy group, challenged the characterization of the 28.3 million ballots as missing. Of those ballots, 12 million were mailed by election officials in Colorado, Oregon and Washington, which by law send a mail-in ballot to every registered voter, roughly 30% of which are not returned for any given election. “Conflating voters choosing not to cast their ballots with ‘missing’ ballots is a fundamental flaw,” the statement reads.

In an interview, Logan Churchwell, the communications director for PILF, acknowledged the error in the number of undelivered ballots, but defended the report’s conclusions, saying that it showed potential vulnerabilities in the voting system. “Election officials send these ballots out in the mail, and for them to say ‘I have no idea what happened after that’ speaks more to the investments they haven’t made to track them,” he said in a telephone interview.

But 36 states have adopted processes where voters and local officials can track the status of mail ballots through delivery, much like they can track packages delivered to a home. Churchwell said there are other explanations why mail ballots are not returned and that state and local election officials could report more information about the status of mail ballots. “If you know a ballot got to a house, you can credibly say that ballot’s status is not unknown,” he said.

The EAVS data has been published after every general election since 2004, although not every local jurisdiction provides complete responses to its questions.

Gronke described the last category as “a placeholder for elections officials to put numbers so that the whole column adds up,” and said that there was no evidence to support calling those ballots a pathway to large-scale voter fraud.

Numerous academic studies have shown that cases of voter fraud are extremely rare, although they do occur, and that fraud in mail voting seems to occur more often than with in-person voting.

Trump Hasn’t Released Funds That Help Families of COVID-19 Victims Pay for Burials. Members of Congress Want to Change That.

Your Southern AZ COVID-19 PM Update for Monday, May 4: What We've Covered Today