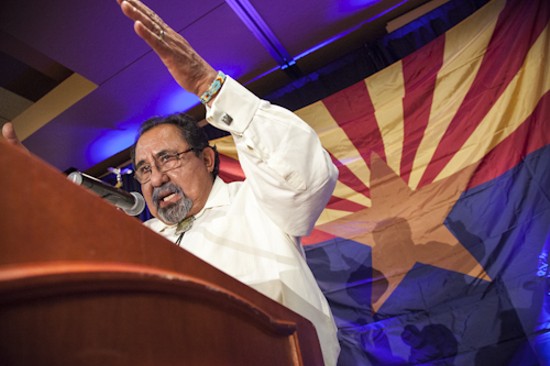 Today Congressman Raúl Grijalva joined with a number of border groups to call for a suspension on construction of the border wall during the COVID-19 pandemic. In a press conference call, they said the construction only puts vulnerable communities further at risk and all federal resources should be aimed at fighting the pandemic.

While President Trump recently announced he would suspend immigration into the United States for 60 days in order to slow the spread of the virus, the coalition was quick to point out that deportations are still continuing, including deportation of people with known cases of COVID-19 to countries that already have a strained healthcare system. Meanwhile, the number of people housed in U.S. detention centers continues to grow.

There are still thousands of asylum seekers in Mexico waiting to present themselves at the US border for protection.


"While elected officials have issued shelter-in-place orders to prevent the spread of this disease, up to 4,000 border wall construction workers have descended onto our rural communities such as in Ajo and Yuma, Arizona and Columbus, New Mexico," said Vicki Gaubeca, director of the Southern Border Communities Coalition. "Failing to follow social distancing guidelines or even wear face masks, and gathering in groups of 10 or more. Making the situation even worse, border rural communities typically do not have access to specialized healthcare services, or even testing sites would change that the lives of both workers and residents are placed at risk, as they would have to travel a long distance to gain access to health care."

Efrén Olivares, legal director of the Racial and Economic Justice Program at the Texas Civil Rights Project, represents about a dozen landowners located near the US/Mexico border. Their properties have been identified by the U.S. government as key building spots for the wall, and Olivares provides counsel to them in their condemnation cases. He is now working to get the government to halt construction so that landowners won't be put at risk of being in contact with workers during this time.

"During the COVID-19 pandemic in the last month, month and a half, not only has border wall planning and construction work not slowed down in some places, in fact it has accelerated," he said.

In early March, he represented a 75-year-old man who had 15 surveyors for the border wall come to his property, in an effort to make preparations for the construction. Another one of his clients, a woman in her 60s, was also visited by a group of surveyors trying to make contact.

Olivares argues that these groups of workers, who weren't wearing any personal protective equipment, are endangering the lives of these older citizens who live in rural settings and do not have easy access to medical care.


Congressman Grijalva said poverty rates are particularly high along the border, and relief efforts from the federal government are not reaching those communities. He believes the increased militarization of the border over the last 15 years had led to an even bigger hit in resources and destabilization of both immigrant lives and the lives of those in border communities, setting them up for disaster during COVID-19.

"This virus has opened up a portal," Grijalva said. "And as you walk through it, we're seeing who's left behind. We're seeing where the relief is not reaching people." 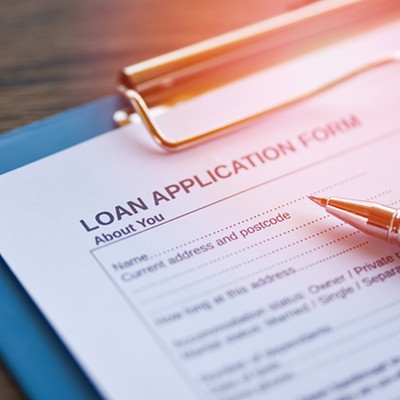