Guest Opinion: It's Time To Protect the LGBT Community from Discrimination 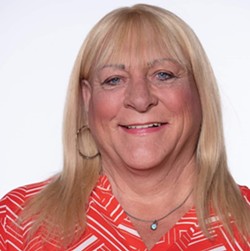 Courtesy Photo
Kristyn Weed: "Momentum is building across the country as more and more people grow to understand how important it is to ensure that LGBTQ people have a fair shot in life."
I spent a large part of my life denying what I knew from the age of 5, that I was transgender. Growing up as a young boy in the 1950s, there were no words to describe what I was experiencing. I had no one to talk to, and I tried my best to make the feelings go away.

I doubled down on “male things” hoping that my inner battle would subside. I joined the Army at 21 and served as a paratrooper and radio communications specialist. Then an accident ended my career after 15 years of service.

I explained my struggle in an eight-page letter. I told my friends and family that I would finally start living as my true self. “I was not made this way by an event, or a person. Nor did I wake up one day and decide that maybe it would be more fun, more exciting, or more interesting to be a girl. I already was one,” I wrote. “One does not decide their gender identity; it just is. I’m a transgender woman and the next time you see me, this will be who I am. I hope you’ll accept me.”

I was floored by the positive responses. But I am also very aware that’s not the norm. I’ve heard terrible stories of discrimination. People are fired from their jobs, they lose their homes, just for being who they are.

Momentum is building across the country as more and more people grow to understand how important it is to ensure that LGBTQ people have a fair shot in life. A victory at the federal level would be a victory because a majority of states still lack LGBTQ nondiscrimination laws. That leaves people in many states, including where I live, Arizona, vulnerable to discrimination in employment, housing, and public spaces like restaurants and businesses. We can’t just have nondiscrimination laws in blue cities like Tucson, we need them in every zip code throughout the nation.

If the Court rules in favor of the LGBTQ plaintiffs or Congress passes the Equality Act or my home state passes comprehensive LGBTQ nondiscrimination protections, I would feel more whole. I am a woman just like any other woman. I live every day of my life as a woman. These protections would help me feel like the country had accepted and validated my experience.

In retirement, I’m active in the HAM radio community and spend my time organizing a show in Arizona. But if I had to go back to work for some reason, I worry how employers may react. If there are no protections, I’d have no recourse if I was treated unfairly.

It’s unclear when exactly the Supreme Court will make its decision but a ruling in favor of LGBTQ protections would go a long way toward correcting the injustices that LGBTQ people face every single day. It would grant LGBTQ folks crucial protections from discrimination and would send a message nationwide that LGBTQ people deserve respect, dignity, and equality.

If you have a guest commentary you'd like to share with Tucson Weekly, send it to editor Jim Nintzel at jimn@tucsonlocalmedia.com. 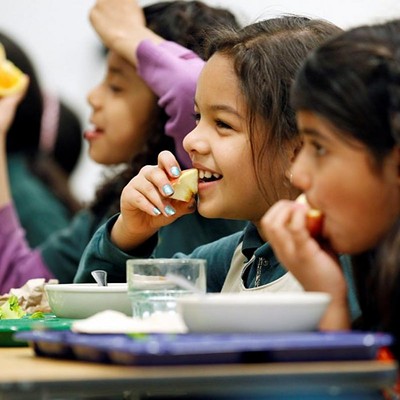