Border Officials Use COVID-19 Fear to Turn Away 6,306 at Southern Border 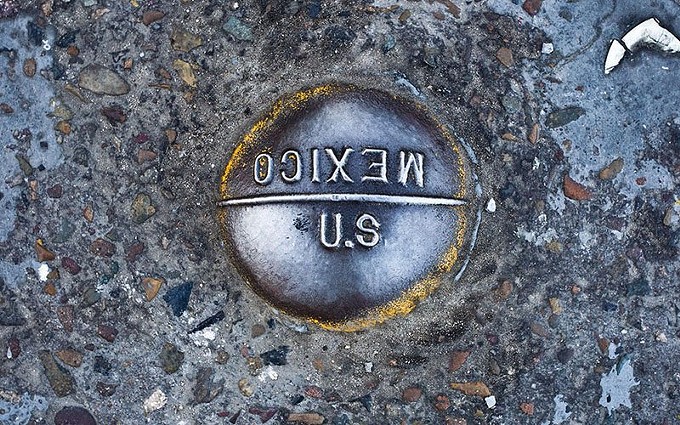 Josh Denmark/ U.S. Customs and Border Protection
PHOENIX – Border agents turned away 6,306 migrants at the southern border in just 10 days after President Donald Trump authorized the immediate return of immigrants and asylum seekers under a 1944 law to check communicable diseases like COVID-19.

Critics charge that the spread of coronavirus was merely a pretext to the administration’s real goal of continuing to turn away people at the border and denying them the due process rights.

“That was a goal from Day One, and he found the perfect opportunity to do it,” said Ur Jaddou, an expert at America’s Voice.

But supporters said it just makes sense to limit travel across the border at a time of pandemic, and that the U.S. needs to think about the health of Border Patrol officers who “are risking their lives out there to keep us safe.”

Reports of the “Title 42” expulsions come as Immigration and Customs Enforcements confirmed 61 cases of COVID-19 among detainees in its facilities and 19 cases among workers at its detention centers.
None of the ICE workers who tested positive for COVID-19 were in Arizona and just five of the detainees were – three in Florence and two in Eloy. Most of the detainee cases majority in the New York and New Jersey area.

Calls seeking comment on the numbers from ICE and CBP were not immediately returned Friday.

The expulsions were authorized by Trump on March 21 under Title 42, Section 265 of the U.S. Code, a July 1944 law that says the Surgeon General can prohibit entry into the U.S. of people who could spread a contagious disease. The act does not require any suspicion that a person is carrying the virus, but it allows CBP to “immediately return these aliens” to Canada or Mexico, or in some cases to their home countries.

The title was invoked as part of an order to stop nonessential travel between the U.S., Canada and Mexico to try to stop the spread of the coronavirus.

“The intro of the bill says, ‘the Surgeon General, in accordance with regulations approved by the President, shall have the power to prohibit … the introduction of persons or properties … as he shall designate in order to avert such danger,'” said Art Arthur, resident fellow at the Center for Immigration Studies.

“This is not something that is new. If you go back to when this was first created, I believe 42.USC was published just after D-Day,” Arthur said.

Jaddou, who directs DHS Watch at America’s Voice, agrees that this “is an extraordinary time” and people should “be mindful of their health.” But she said health concerns are not what’s really behind the invocation of Title 42.

“This is the United States,” Jaddou said. “I have been in government before and I know one thing – if there is a will, there is a way… I would have ensured they had the space. I would have called the resources available immediately.”

Instead, she said, the president “failed to acknowledge the issue at hand … saying multiple times, ‘This virus is a hoax,'” failing to mobilize agencies that could help.

“And when they did acknowledge it, the first thing he decided to do is close the borders.” she said.

Jaddou said the order is turning away “people who are leaving their home countries to come to the United States … escaping more than sickness,” she said. “People are fleeing from kidnapping, rape, murder. Things where, if they go bad, it may be life-or-death.”

But Ira Melhman, spokesman for the Federation for American Immigration Reform, said he believes the policy is helping limit the virus.

“As far as policy, this makes sense. We have stopped international travel; we are watching the products coming into our country,” Melhman said. “If we are stopping legal entry into the United States, there is certainly no legitimate reason why we should not be stopping illegal entry … and we really owe it to CBP officers, they are risking their lives out there to keep us safe.”

As for the confirmed cases in ICE facilities, Arthur said those people will receive treatment for the virus.

“There are certain standards in the rules that require us to actively care for someone if they get sick,” Arthur said.