Logan Burtch-Buus
ProPublica is a nonprofit newsroom that investigates abuses of power. Click here to read their biggest stories as soon as they’re published.

He asked them to complete a form each day with data on the patients they are treating with COVID-19, the disease caused by the novel coronavirus, and submit it to the Centers for Disease Control and Prevention.

“The data will help us better understand disease patterns and develop policies for prevention and control of health problems related to COVID-19,” Pence wrote.

Now, as COVID-19 nears an apex in some parts of the country, it’s unclear how many hospitals have submitted the requested information. For its part, the CDC has not released the data publicly, saying only that it plans to do so soon.


The U.S. health care system’s response to the coronavirus has exposed many blind spots: the inability to quickly create a test that could be deployed widely, the lack of personal protective equipment for front-line doctors and nurses, and a lack of basic data on hospitalizations to help make informed decisions.

“We’re in a fog because we have so little reliable data,” said Dr. Ashish Jha, director of the Harvard Global Health Institute, which has been studying hospital capacity.

Having real-time data on hospitalizations across the country would do two things. First, it would provide a window into the spread of the coronavirus, albeit a week or so old because of the time it takes for infected patients to get sick enough to be hospitalized. Second, it would enable federal and state officials to identify hot spots that need more equipment and staffing and to shift resources from one region to another.

“You want to avoid what happened in Italy and Spain, where you first find out you have a COVID epidemic when ICUs are filling up,” said Dr. Peter Hotez, co-director of the Center for Vaccine Development at Texas Children’s Hospital and dean of the National School of Tropical Medicine at the Baylor College of Medicine in Houston. “It sounds like in some parts of the [United States], that’s happening because the testing never got up to speed.

“The whole reason you’re doing testing is to get ahead of that.”

As of Wednesday, most states were releasing some information about the patients hospitalized for COVID-19, according to The COVID Tracking Project, which runs a website that tallies key metrics of the national response to the virus. But two states with a high number of cases — Michigan and Texas — were not doing so every day. Among those that are releasing data, the information is not consistent. Some report information on current hospitalizations, which offers a window into whether hospitals can handle the load, while others report information on cumulative hospitalizations, which gives a sense of the disease’s ongoing toll.

What We Know About the Toll of COVID-19
What we are learning, experts say, is that COVID-19 appears to be hitting parts of the United States, particularly New York, in a similar way as it did Wuhan, China. Data from China indicated that approximately one in five patients hospitalized with COVID-19 died. Early data in the United States suggested that far fewer infected people who were hospitalized would die, but that has not held up as more data is reported. In part that’s because seriously ill patients with COVID-19 often spend many days in intensive care before dying.

Other cities and regions have not reported data in the same way, so it’s hard to draw comparisons. In California, for instance, 2,714 patients with COVID-19 were hospitalized as of Wednesday, of which 1,154 were in the ICU, more than 42%. Another 3,078 people who were suspected to have COVID-19 were also hospitalized, and 522 of those were in intensive care.

Some states’ data includes many unknowns. Massachusetts, for example, reported that 1,583 of its 16,790 COVID-19 patients required hospitalization, as of Wednesday. Another 4,717 did not. But the state listed the bulk of its cases, 10,490, as being under investigation.

The lack of available data raises questions about the federal government’s $35 billion investment in electronic health records a decade ago, Jha and others say. The shift from paper to digital records was supposed to allow the health care system to be more nimble and provide information more quickly.

“If that’s not happening, that’s a huge failure of the system,” he said.

In Harris County, Texas, which includes Houston, testing had not caught up with the reality in hospital wards. NBC News reported last week that as of March 30, the region around Houston had reported fewer than 950 confirmed coronavirus cases. “But on that same day, there were 996 people hospitalized in the region with confirmed or suspected cases of COVID-19.”

A team at the University of Minnesota’s Carlson School of Management has set out to gather hospitalization information directly from state health departments. In a post Tuesday in the journal Health Affairs, the team noted that there was wide variation between states in the percent of the adult population hospitalized.

The report also noted that the average doubling time for cumulative hospitalizations was 4.21 days among the 14 states that reported data daily for at least the last 10 days. The doubling time in Massachusetts was 2.79 days while in Georgia it was 6.08 days. A faster doubling time could mean that there is more community transmission, and therefore, the health care system should be on a higher state of alert.

For its part, the CDC on Friday began releasing a weekly snapshot of hospitalizations, based on data from hospitals that serve about 10% of the U.S. population. It shows that hospitalization rates for COVID-19 in the first few weeks were similar to what is seen at the beginning of the yearly flu season. But given that the impact of COVID-19 has been felt most acutely since the cutoff period for the posted data, it seems certain hospitalization rates have gone up since then.

In a data brief released Wednesday, the CDC provided additional information on COVID-19-confirmed hospitalizations in 14 states from March 1 to 30, based on sites it studies in each state. The per-capita rates were highest in Connecticut, Michigan and New York and much lower in Oregon, Colorado and Ohio, showing the virus has affected different parts of the country differently. (Looking at raw case counts alone doesn’t adjust for differences in state populations.) Older adults had higher hospitalization rates, and most of those hospitalized had underlying health conditions.

As for the initiative announced by Pence, the CDC said it is collecting the daily hospital data through its National Healthcare Safety Network. “The goal of this new module — once up and running — will be to help provide a better picture of what’s happening inside U.S. hospitals during this outbreak. We hope to make this public soon,” a spokeswoman said.

An Ongoing Blind Spot
Even when it comes to cruder forms of data, such as death data, the U.S. system has not proved particularly nimble. During the peak of the opioid epidemic a few years back, it took months and sometimes more than a year to gather accurate information about locations and causes of death, wasting precious time to put in place responses in hotspots, said Dr. Christopher J.L. Murray, director of the Institute for Health Metrics and Evaluation at the University of Washington, whose COVID-19 models have informed the White House response.

“When it comes to hospital data, it’s even less refined” than death data, Murray said. “If we had national daily reporting, inpatient admissions and ICU admissions, that would be a great boost for understanding where the next big wave is coming or where we’re really seeing progress.”

This gap in data is causing problems with efforts to model the disease’s toll. “We’re starting to see this pattern where death reporting goes down on Sunday going into Monday and then they do catch up,” Murray said. “This wreaks havoc on our models.”

In Indiana, for example, hospitals had 1,132 ICU beds as of March 1, Indiana Health Commissioner Dr. Kristina Boxin said at a briefing this week. By April 1, that had increased to 2,188 and by April 4, 2,964. “Our hospitals had done such an incredible job of converting every possible room into an ICU room,” she said.

It’s a good thing that happened. As of Sunday, about 58% of the currently available ICU beds across the state were occupied — more than the total available on March 1. Some 924 of the 1,721 occupied ICU beds were taken up by COVID-19 patients.

Dr. Nirav Shah, a senior scholar at Stanford University and the former health commissioner of New York state, said the health care system needs to learn from this crisis to better prepare for the next one, and having accurate, real-time data on hospitalizations is part of that.

“We don’t have the early warning systems we need for this epidemic up and running,” Shah said. “I think everyone understands and this epidemic has made abundantly clear that we need to create systems that are of the 21st century for a 21st-century disease, that we can’t rely on the technology from the ’80s and ’90s that are what power our current survey systems.” 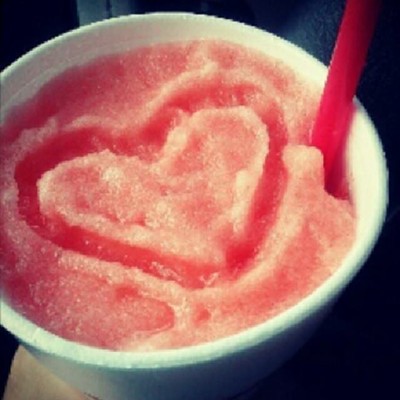