McSally Has Telephone Town Hall Today with Larry Kudlow, One of the Most Wrong People in America

TOMORROW: I’m hosting a telephone town hall with special guest Larry Kudlow, the president’s top economic advisor, to provide an update on the economic resources available to Arizonans during the COVID-19 outbreak.

Courtesy of pima.gov
Congresswoman Martha McSally, who has voted to explode the federal deficit even before the COVID-19 outbreak, is now gaslighting Arizonans with the help of conservative hack Larry Kudlow.
Appointed Sen. Martha McSally has settled comfortably into the pocket of President Donald Trump over the last three years. For example, despite the obvious and growing evident that Trump ignored multiple warnings about the danger that COVID-19 presented to the United States, McSally has just blamed China for everything. (While it's true that China could have been more forthright about its own battle with the virus, it's also true that Trump had plenty of warning about it and chose to pretend it wouldn't be a problem.)

Given McSally relentless support of the Gaslighter-in-Chief, it's no surprise that she's delighted to have Larry Kudlow as her guest at a town hall later today. Kudlow has been remarkable wrong about the COVID-19 outbreak from the jump. He told CNBC back on Feb. 25, when the stock market was starting to crash, that COVID-19 was going to be no big deal in the United States, despite warnings from the CDC that it was going to be a major outbreak. As Politico reported:

White House National Economic Council Director Larry Kudlow said Tuesday that the U.S. has “contained” the threat of a domestic coronavirus outbreak, breaking with the warnings of officials from the Centers for Disease Control and Prevention.

“We have contained this, I won’t say airtight but pretty close to airtight,” Kudlow told CNBC’s Kelly Evans on Tuesday afternoon.Kudlow’s confidence was set against U.S. stocks, which suffered their worst day in two years on Monday and were down again Tuesday amid fears that the coronavirus could mushroom into a pandemic. But the White House economic adviser suggested that the virus’ impact is “not going to last forever.”

“This is a human tragedy,” particularly in China, Kudlow emphasized multiple times. But warning against overreaction, he added, “The business and the economic side, I don’t think it’s going to be an economic tragedy at all. There’ll be some stumbles.”


Yeah, you might call record unemployment numbers and the current economic calamity a "stumble."

Kudlow has made a career of calling for tax cuts as the solution to every economic problem. He's been wrong over and over again, but his willingness to stick with the party line has, of course, made him a perfect economic advisor in the Trump White House.

The purest supply-siders, like Kudlow, go further and deeper in their commitment. Kudlow attributes every positive economic indicator to lower taxes, and every piece of negative news to higher taxes. While that sounds absurd, it is the consistent theme he has maintained throughout his career as a prognosticator. It’s not even a complex form of kookery, if you recognize the pattern. It’s a very simple and blunt kind of kookery.

Given McSally's record on budget balancing—she, like most Republicans, complains mightily about deficit spending while voting for budgets that drive it higher and higher—and her consistent lying about her record on health care (yes, Martha, you have repeatedly voted to strip away regulations to a prevent insurance company from discriminating against people with pre-existing conditions), it's hardly a surprise that she considers Kudlow a reliable source. She may not like liberal hacks, but she has no problem with conservative ones. 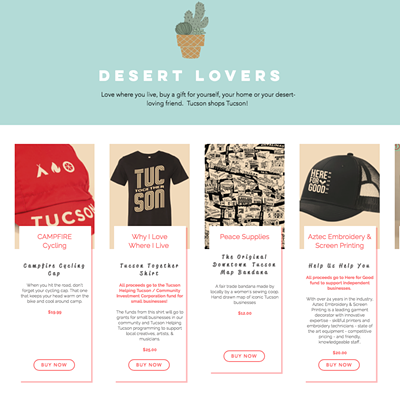