The Pima County Board of Supervisors approved Betty Villegas as the new District 5 Supervisor in a 3-1 vote during this morning's meeting. District 4 Supervisor Steve Christy was the lone vote against Villegas.

The Elias family expressed their wish for Villegas to take over the District 5 seat after Supervisor Richard Elias died of a heart attack last month. Villegas is the former housing program manager for the Pima County Housing Center and also ran for Legislative District 3 in 2018.

District 3 Supervisor Sharon Bronson made the motion to appoint Villegas to fill the seat immediately due to urgent issues during this unprecedented time. The motion was seconded by Valadez.

The criteria to be appointed to the board are:
Supervisor Christy expressed concern before the vote, stating he wanted to stick to "protocol and tradition" of former appointments to the board to ensure "full transparency." Christy said he wanted an application process, followed by a League of Women Voters symposium where potential candidates "discuss their qualifications" and board members would have the ability to ask questions.

Valadez reminded Christy that every appointment for 32 years -from Dan Eckstrom in 1988 to Valadez's own appointment in 2003- has been done through legislative appointment. Chief Civil Deputy County Attorney Andrew Flagg confirmed Valadez's statement.

County supervisors also passed a proclamation dedicating the month of April 2020 to the memory of Supervisor Elias, asking departments to create an appropriate memorial for “remembrance and reflection”, said Chairman Ramon Valadez.

Villegas, who is running for an LD-3 Senate seat, said her campaign is focused on housing reform. For 17 years, she served as the Affordable Housing Program Manager for Pima County. Villegas said there’s no one in the current Arizona legislature who has experience with affordable housing issues.

“In District 3, 50 percent of the people are paying over 50 percent of their income towards housing expense,” she said. “It’s not going to be too much longer before we’re another San Diego. The cost of housing is continuing to go up, and we need to find new ways of trying to help and trying to cut that."

Villegas is also a long-time local volunteer who has served on numerous commissions in the Tucson area. She said those experiences gave her an deeper understanding about her community before she ran for office.

“It’s so important to be civically engaged and community engaged. It gives you a voice at the table, and as a Latina, we are sometimes missing at that table,” she said. “On the historic preservation commission, I’m the only person of color there. So I’m constantly telling the people that appoint me and that appoint others: ‘We really need to get a more diverse commission.’" 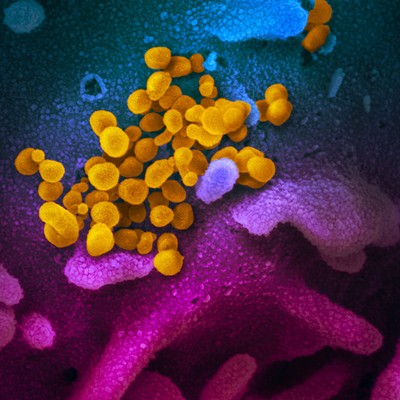 Arizona May Be the New Temporary Home of Major League Baseball