City's KIDCO Program in Limbo Over Lack of Sanitation Products

While in the middle of announcing the decision to keep KIDCO open, Mayor Regina Romero was interrupted by Councilman Paul Cunningham, who announced that the city's youth program that provides after-school and summer recreation programs has been shut down due to a lack of sanitation products.

"We just got information right now that KIDCO sites are going to close," Cunningham said. "They've run out of hand sanitizer. We can't in good conscience keep them open if we can't keep (the KIDCO sites) properly sanitized."

Cunningham noted the council "was going back to go back to the drawing board" to find another solution to the Tucson's mounting daycare problem. On Sunday, Gov. Doug Ducey ordered all schools shut down at least through Friday, March 27. In the meantime, the councilman suggested trying to find a neighbor willing to help out. Like many parents with young children, Cunningham himself is facing a challenge in finding daycare for his children.

"The daycare center for my 3-year-old was open on Sunday and then we got an email (Monday) saying it's closed," Cunningham said. "A lot of families are going through that and we're going to find a way to come together. I encourage people to go to their neighbors and try to do some kid-sharing."

Andy Squire, public information officer for the City of Tucson, confirmed the city was, in fact, out of sanitization and cleaning products at KIDCO spring break camps through the city. He said City Manager Michael Ortega held an emergency meeting to weigh the city's options. A decision has not been made whether the closure of the after-school program will continue as long as schools themselves are closed.

"We are stoping the Schoolzout program for now until such time as we can obtain such cleaning supplies to reopen and/or shut the centers down," Squire said. "This is a real tough situation to be in because this is a council that is committed to ensuring that our families have a place to take their kids." 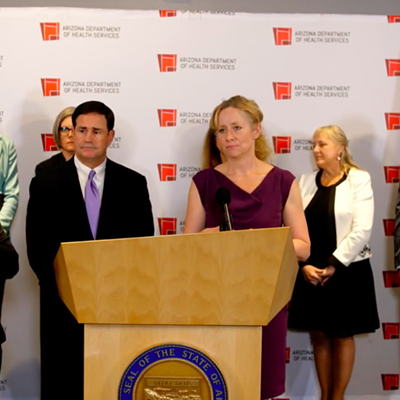