This is an ongoing list of every Tucson event canceled due to coronavirus (that we know of.) This list will be updated periodically:


- Rialto Theatre shows through (at least) beginning of April

- The Tucson Museum of Art is canceling or postponing all programs, lectures and events effective Monday, March 16. Their open-air Spring Artisan Market, already in progress, will continue with extra cleaning and hygiene protocols in place. The museum is open and will remain open "as long as it is responsible to do so."


- The University of Arizona's School of Theatre, Film & Television is canceling all performances and events through April. This includes the upcoming Arizona Repertory Theatre season presentations of The Two Gentlemen of Verona and The Light in the Piazza.

- The Rogue Theatre is canceling all remaining performances of The Beauty Queen of Leenane, as well as the upcoming staged reading of The House of Bernarda Alba

- Broadway in Tucson has cancelled all showings of 'A Bronx Tale'

- Invisible Theatre has postponed shows of From Brooklyn to Broadway in Only 50 Years. The new dates are for Saturday, May 16


- All Arizona public schools closed through March, as per Gov. Doug Ducey and Superintendent of Public Instruction Kathy Hoffman

- The University of Arizona is switching to online classes through the end of the semester, canceling all sporting events

- Pima Community College is extending Spring Break an extra two days to March 25, canceled all non-essential events through April 30, and moving all in-person classes to virtual instruction whenever possible for the next two weeks

- All City of Tucson meetings of Boards, Committees and Commissions are suspended


- 11th annual Home and Garden Tour, scheduled for April 5, has been canceled 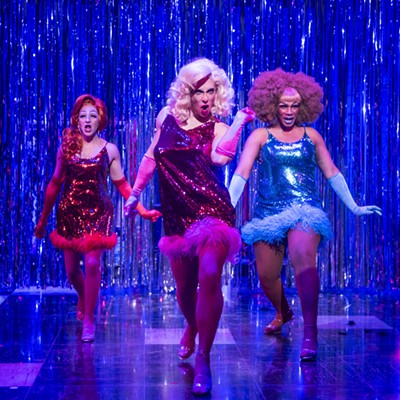