Chris Hook, Tucson Roadrunners
Tucson Roadrunners vs. San Diego Gulls. It's desert bird vs. seabird at this week's two hockey events, where our home team faces off against San Diego. On Tuesday, March 10, get your tickets for the discounted price of $12 with the promo code "Tuesday." Perhaps even better is Wednesday, March 11, which is $2 hot dog night! There's nothing like a hot dog to complement the excitement of a sporting event. There are also special senior and group discounts for the Wednesday game. If you've never been to a Roadrunners game, why not make this the week? The weather is (dare we say it) starting to warm up, so the rink offers a nice cool spot to hang out, and hockey games are exciting even if you don't know what's going on. 7 p.m. both nights. Tucson Arena, 260 S. Church Ave. Normal Wednesday night prices are $13 to $61.

Beaded Histories: Intergenerational Knowledge and Northern Plains Beadwork. In honor of Women's History Month, the Arizona State Museum is hosting this talk by Jessa Rae Growing Thunder, a PhD student at UC Davis who comes from the Fort Peck Dakoda/Nakoda tribes of Notheastern Montana. She'll be speaking about her work as a quill and beadwork artist along with how Indigenous women have encrypted histories into their beadwork for generations. This free talk is followed by a reception and a special beadwork exhibit. 7 p.m. Tuesday, March 10. Center for English as a Second Language (CESL) 103 on the UA campus, 1100 James E Rogers Way. Free.

Courtesy photo - PimaArts
PCC Chorale & College Singers Spring Concert. You know spring has arrived when the spring concerts start happening! At this production, several vocal groups at PCC will perform. The mixed voice Chorale will be singing songs including Ruth E. Scham's "Snow is Falling" and the classic "Over the Rainbow," while the select mixed-voice a cappella choir College Singers will be singing pieces including the hymn "This is my Father's World" and Kim A. Arnesen's "Even When He Is Silent." Then, both groups come together to sing more pieces, including "Auld Lang Syne" and Reese Norris' "Paper Crane." 7:30 p.m. Tuesday, March 10. PCC Center for the Arts Proscenium Theater, West Campus, 2202 W. Anklam Road. $5 to $6.

Orville Peck rides high into Rialto Theatre. Once you get past the fringed Lone Ranger mask, no other conclusion can be drawn: This Canadian musician can croon with the best of them. "The mask exists as a point of discussion," he told the New York Times. On "Dead of Night," this masked crooner eerily channels the ghost of Roy Orbison, as he sings a lonesome hymn to the "incredibly talented women" at the Chicken Ranch brothel: Where the West is still wild. "Stark, hollow town, Carson city lights/Baby, let's get high/Spend a Johnny's cash, hitch another ride/We laugh until we cry." Recently appearing on the cover of British GQ, enigmatic country singer Orville Peck rides high into Rialto Theatre.

The Mask You Live In (Free screening). This documentary follows the lives of a handful of boys as they struggle to balance their personal lives with "America's narrow definition of masculinity." Directed by Jennifer Siebel Newsom, who directed the other against-the-grain documentaries The Great American Lie and Miss Representation, The Mask You Live In examines the danger of a culture ignoring boys' troubles and needs by simply telling them to "man up." This screening is a rental of The Loft Cinema, presented by Child & Family Resources. Following the film, there will be presentations about free youth local workshops, curriculum training and conference opportunities. 6 p.m. Tuesday, March 10. 3233 E. Speedway Blvd. Free.

Ghost. For their Tuesday Night Classics series, Harkins Theatres is screening one of the most successful box office films, and certainly one of the most successful films where Whoopi Goldberg speaks with ghosts. Directed by Jerry Zucker (who also directed Airplane!), this 1990 drama follows the ghost of a man working with a psychic to save his still-living lover. 7 p.m. Tuesday, March 10. 5455 S. Calle Santa Cruz & 5755 W. Arizona Pavilions Drive. $5. 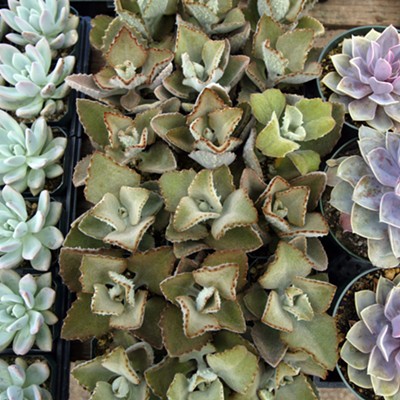