Courtesy photo
Women of Influence
When Southern Arizona’s most influential female leaders think back on their success, they think about their mothers, daughters, co-workers and industry colleagues who helped them achieve their dreams.

These women shared their gratitude with those they love most at the annual Women of Influence Awards, hosted by Inside Tucson Business and its parent company, Tucson Local Media.

Nearly 600 guests packed into the ballroom of Desert Diamond Casinos & Entertainment, Sahuarita Wednesday evening to celebrate just a handful of accomplished women who make a difference in their communities every day.

From 18 different categories spanning all types of professions, three female nominees were invited to the formal dinner with their friends and family. One was ultimately chosen to be the winner of their category by a panel of three judges.

The event’s keynote speaker, Joan Bonvicini, is a former University of Arizona women’s basketball coach who led her team to the 1996 Women’s National Invitation Tournament Championship, was named the 1998 Pac-10 Coach of the Year, and was inducted into the Pima County Sports Hall of Fame and the UA Sports Hall of Fame.

Bonvicini encouraged the audience to think about the people in their lives who helped them find inspiration and success.

She reflected on growing up in the 1960s and ’70s, when female sports were not widely accepted by society as they are today. Her parents knew she was a talented athlete, and found a support system of coaches and players to help challenge her and build her into the successful athlete she became.

“The four most important words you can ever say to someone is ‘I believe in you,’” Bonvicini said. “Whether you say those words as a coach to a player, a parent to a child, to your spouse or partner, or to your co-worker or employee. Those four words can make a huge difference.”

Many of the night’s winners took Bonvicini’s advice, using their moments in the spotlight to thank their own support systems, particularly the women who influenced their lives and careers.

Kate Marquez, executive director of the Southern Arizona Arts and Cultural Alliance, won the Arts and Culture Champion Award and had her mother, Diana, accept the award on her behalf. Kate sent a message to the crowd saying her mother inspired her to pursue a career in service and fostered her passion for the arts.

Founder and Medical Director of Tula Wellness and Aesthetics, Dr. Arianna Sholes-Douglas, won the Business Owner of the Year Award and said her mother was her own “woman of influence.” Her business focuses on women’s health and beauty, and Sholes-Douglas incorporates integrative and functional medical therapies into her practice.

“Thank you, especially to my [Women Presidents’ Organization] sisters, because you believe in me,” Sholes-Douglas said. “And I didn’t feel deserving, but I appreciate that you believe that I am deserving.”

Lani Baker, Vice President of Finance at Holualoa Companies, won the Real Estate Champion Award and spoke about the importance of women empowerment.

“I’ve been lucky enough to have many influential women to look up to, but most importantly, my mom,” she said. “It’s important for all of us to continue to promote and help women advance and thrive in our community, and particularly, for us women to continue to have each others’ backs.”

The Women of Influence Awards’ highest honor, the Lifetime Achievement Award, was given to Peggy Johnson, executive director of The Loft Cinema on West Speedway Boulevard.

Johnson was one of a small group of investors who bought The Loft in 2002, when it was in danger of closing for good. Since then, she has worked to transform the theater from a privately-owned business to a nonprofit cultural center that features foreign, independent and documentary films.

The Loft also hosts many community and educational events throughout the year with film industry professionals and scholars. During her speech, Johnson said The Loft works with 150 different community organizations each year.

“The reason I was given this award is because of The Loft,” Johnson said. “The Loft is an amazing community asset. Wherever your friends are in the world, they don’t have anything like The Loft. They may have a movie theater that’s great, but The Loft is clearly unique in everything that it does.”

She thanked her family members, including her son JJ, who is the Loft’s marketing director, and Jeff Yanc, their long-time program manager.

“You will be hearing about The Loft’s plans to expand and all the things that we plan to do, but I’m super proud of what we’ve accomplished so far,” Johnson said. 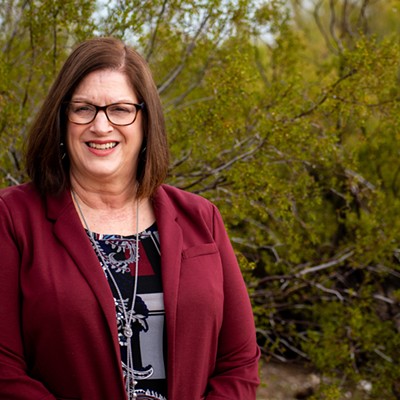 Claytoon of the Day: Conspiracy Pox 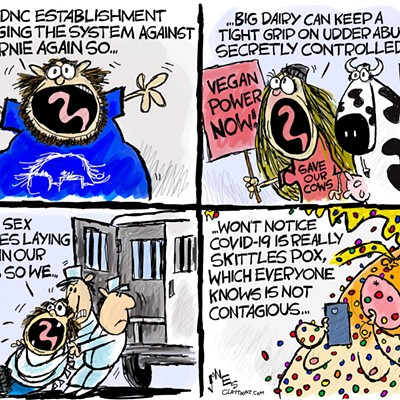