Copper Mine Brewing’s Third Anniversary Weekend. One day isn’t enough to celebrate a local brewery reaching three years, so Copper Mine Brewing Co. is stretching the festivities out to three whole days and inviting some friends along. On Friday and Saturday, Copper Mine will have Molecular Munchies food truck and Andrea’s Gourmet Cannolis along with new merchandise. On Saturday, they will also be releasing three beers throughout the day along with a DJ and prize giveaways. And on Sunday, they’ll be hosting Bastard Burger as a perfect complement to their craft beer. The party starts 2 p.m. Friday, Feb. 28 and lasts through Sunday, March 1. 3455 S. Palo Verde Road, Suite 135.

Seri Art Show. The Seri are a group of indigenous people from the Mexican state of Sonora, along the Sea of Cortez. And they have a tradition of weaving beautiful baskets, or hataal, woven out of limberbrush. At this art show, you’ll see work by special guests Raquel Hoeffer and Martha Monroy, who are both known for their basketry and ironwood carvings. Baskets, carvings and necklaces will all be on sale to the public, so you can treat yourself to some gorgeous works to decorate your home or yourself. 10 a.m. to 4 p.m. Friday, Feb. 28. Native Seeds/SEARCH, 3061 N. Campbell Ave.

On a track from Jericho Sirens, vocalist Rick Froberg proclaimed, “I need a doctor/It’s getting worse.” And it may be so. Guitarist John Reis seems similarly afflicted. “I totally understand people’s desire to be controlled and humiliated by my guitar. What they want is for me to use it as a branding iron.” Single-handedly responsible for some of the most turbulent music of any generation, post-hardcorists Hot Snakes rip and tear. At Club Congress. Lenguas Largas and Kills Birds are up first…

Puerto Rican singer Ile rose to fame as part of Calle 13. Now on her own, she has dropped her second solo album, Almadura, which is both an ode to her homeland and a plea for political action. She cries out at 191 Toole…

One hundred kilometers above the Earth’s surface where the atmosphere ends and outer space begins lies an invisible frontier. Silver Cloud Express, Birds and Arrows and Weekend Lovers will transport you beyond The Karman Line. At Sky Bar…

Performing the impassioned songs that assured Roy Orbison a place in the pantheon of rock ’n’ roll, The Lonely pay homage. At Fox Theatre…

DJ/producer Noizu came onto the EDM scene with “Lasers” blazing. He comes from Los Angeles to bang house at Gentle Ben’s. With sets by Low AudiO, McWhite and Enri…

This episode of Nitecall finds DJ Mijito spotlighting the music of Björk. At R Bar…

Named after a poisonous herbaceous plant, these New Englanders were one of the first all-female bands to land a major label deal with RCA was back in 1974. Country Music Hall of Fame inductees The Deadly Nightshade reunite. At Tap + Bottle Downtown…

It Is Finally Here! The 2020 Tucson Weekly Cannabis Bowl! 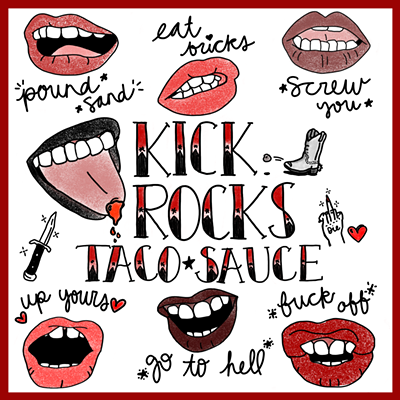