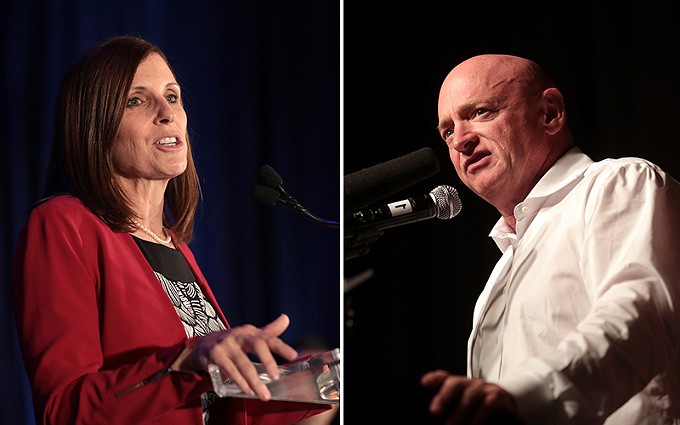 (Photos by Gage Skidmore/Creative Commons)
Sen. Martha McSally, R-Arizona, officially entered the race to hold on to her seat this fall. She raised $12.6 million last year for the race, but likely Democratic challenger Mark Kelly had raised $20.2 million in the same period.
WASHINGTON – Arizona Republican Sen. Martha McSally officially kicked off the campaign to retain her seat this week, entering a race already awash in cash and which one national analyst calls the “marquee Senate race of the cycle.”

McSally currently trails likely Democratic challenger Mark Kelly in fundraising, bringing in $12.6 million by the end of last year to his $20.2 million. Together, they have outraised all but one Senate race in the country, and are already closing in on the $38 million raised for the entire 2018 Senate campaign in Arizona.

“Arizona’s days of small-dollar Senate races are over,” said Mike Noble, chief of research at OH Predictive Insights. “We saw the amount of money spent last time and Arizona’s implications in the national tug of war … in Washington.”

Analysts said that while McSally “certainly has a challenge,” she should have more than enough money to get her message out before Election Day.

The Federal Election Commission reported that Kelly had raised more than any other Senate candidate in the country in 2019 and McSally was in sixth place on that list. Only the Senate race in Kentucky brought in more total money last year, with Republican Majority Leader Mitch McConnell and Democratic challenger Amy McGrath raising $18 million and $16.9 million, respectively.

The Arizona race pits two well-known candidates with atypical political backgrounds against each other.

McSally is an Air Force veteran who was the first woman to fly a fighter jet in combat. She served two terms in the House from Tucson before deciding to run for Senate in 2018.

Kelly is a former Navy pilot and former astronaut who is married former Rep. Gabrielle Giffords, the Democrat who was representing Tucson in the House when she was severely wounded in a 2011 assassination attempt. He has not held elective office but has had a high-profile role working with Giffords’ national gun-safety group.

A December poll by OH Predictive Insights showed 47% of Arizona voters supporting Kelly, who had strong backing among women, and 44% of voters supporting McSally, who did well among male voters. The poll, with a margin of error of plus or minus 3.1%, was closer than previous polls and was called a statistical dead heat by the firm.

Nathan Gonzales, an editor and publisher at Inside Elections, said it should come as no surprise that Arizona has become a battleground state, because of Republican struggles in the suburbs and Arizona Democrat Kyrsten Sinema’s defeat of McSally in the 2018 race for Senate.

It was no surprise that McSally would run again, and she made it official Tuesday with the release of a campaign video announcing her bid. That video highlighted her key messages of improving mental health care for veterans, tackling sexual assault and the opioid epidemic, and lowering prescription drug prices.

While McSally enters the race trailing Kelly in fundraising, Noble said she is “no slouch” in terms of fundraising, noting that she is “off to an even faster start than two years ago.”

Other analysts agreed, but said Kelly’s fundraising is still impressive, if not surprising.

“Mark Kelly is one of the best Senate fundraisers I’ve ever seen and he is building up a sizable cash-on-hand advantage,” said Kyle Kondik, managing editor of Sabato’s Crystal Ball at the University of Virginia Center for Politics.

Kelly reported having $13.6 million in cash on hand in his Dec. 31 FEC report, while McSally reported finishing 2019 with $7.7 million on hand.

While Kelly could have more money to spend in the general election, Kondik said McSally is raising money at an “impressive clip” and that spending by outside groups in the high-profile race could help “blunt that edge” that Kelly has.

McSally’s campaign manager Dylan Lefler said in a statement Wednesday while “more is always better,” the campaign is pleased with the amount that the senator has been able to raise for the race. He criticized the amount of out-of-state money going to Kelly’s campaign.

But Kelly had also raised $9.2 million in unitemized individual contributions, donations of $200 or less, while McSally raised $4.2 million, according to their FEC filings.

Kelly campaign manager Jen Cox said in a statement that the campaign “took off like a rocket at the beginning of last year and hasn’t slowed down.”

Mark Schmitt, director of a political reform program at New America, called Kelly’s fundraising an “impressive show of strength,” but not surprising given his well-known marriage to Giffords.

He said McSally might be in more trouble if she did not have access to President Donald Trump’s fundraising machine. But ultimately, he said, the fundraising numbers should not make much of a difference in the election.

“In high-profile races like this, both candidates are going to have enough money to be competitive,” Schmitt said. “Even if Kelly spends 10 million more than McSally does, that’s not what’s going to make the difference.”

Gonzales said in an email that money will continue to flow in to the race because the Senate majority is in play. While Kentucky may end up as the most expensive Senate race, it will not be as competitive as Arizona, he said.

It’s too early to write McSally off, Gonzales said, but she “certainly has a challenge.”

“The governor’s victory in 2018 was evidence that voters are willing to make a distinction between races, and that should concern McSally,” he said. “Even another Trump victory in Arizona doesn’t guarantee a win for her.”

Claytoon of the Day: Drinks for Democrats 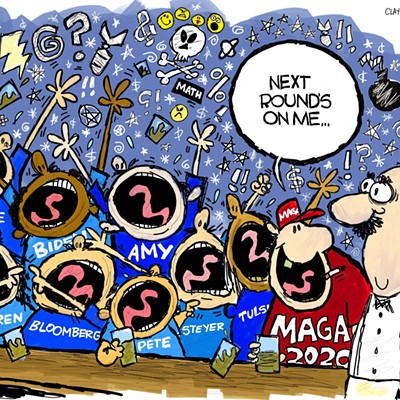 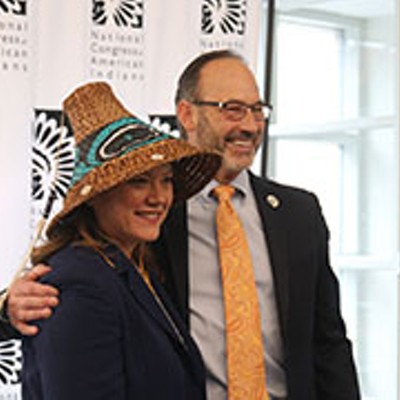 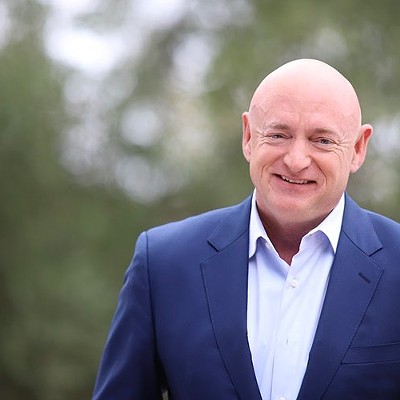