Arizona officials keep an eye out, as Defense budget again targets A-10 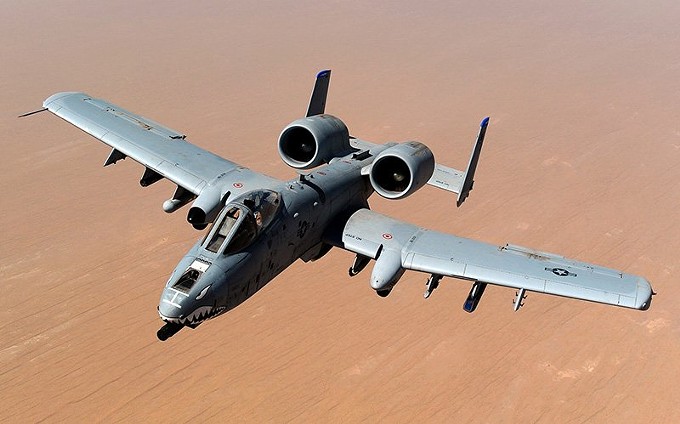 WASHINGTON – Arizona officials said they will fight to make sure that Davis-Monthan Air Force Base does not take a hit as a result of the Pentagon’s decision to retire 44 A-10 fighter jets, a mainstay at the Tucson base.

The reduction was included in the fiscal 2021 budget unveiled Monday by the Trump administration, which said it plans to retire 44 “of the oldest and least ready” A-10s as the Air Force shifts to newer-generation aircraft.

The Pentagon said in a statement Tuesday that even with the retirements, the Air Force plans to have more than 200 upgraded A-10s in the mix as part of a “completely modernized” fleet.

“The Air Force sustains our commitment to the Air Force’s most effective close air support platform, the A-10, with $161M (million) to continue the re-winging and avionics upgrades of the aircraft,” the statement said.

The Pentagon said last year that it planned to retire “the oldest and least ready aircraft en route to a completely modernized and combat-capable fleet of 218 A-10s – in seven squadrons – that will continue to fly through the 2030s.”

It did not say where those squadrons would be based, however, which raised eyebrows among some Arizona lawmakers.

“I am actively engaging with the Air Force to ensure that there is no negative impact to our squadrons at DM (Davis-Monthan),” said Rep. Ann Kirkpatrick, D-Tucson, in a statement released by her office Tuesday.

Kirkpatrick plans to introduce a resolution asking Congress to continue funding the A-10, which her resolution says “is imperative to national security” and “the least expensive combat plane” for the Air Force to keep.

The A-10 has a long connection with Davis-Monthan, where its pilots are trained and deployed, according to the resolution, which said that there were 84 A-10s based at Davis-Monthan as of January.

State lawmakers have fought this fight before.

The Air Force said in 2014 that it planned to retire the A-10 by 2016 as a budget-cutting move, replacing it with F-16s in the short term and the newer F-35s that were then coming on line.

That plan was blasted at the time by then-Sen. John McCain, R-Arizona, as “absolutely ridiculous.”

The Pentagon eventually backtracked on the A-10, a decades-old fighter nicknamed the “warthog.” Slow, ungainly and heavily armored, the jet excels in ground support roles and was heralded for its effectiveness in ground battles like those waged against ISIS.

Sen. Martha McSally, R-Arizona, a retired Air Force colonel and former A-10 pilot, at the time emphasized the aircraft’s “irreplaceable capabilities” and “the importance of A-10s to our troops’ lives and national security.”

McSally – the first U.S. woman to fly a jet in combat and the first to command a fighter squadron in combat – did not respond to requests for comment on the Pentagon’s latest A-10 moves.

Officials at Davis-Monthan declined to comment, referring calls to the Pentagon. But Kirkpatrick said the A-10 still has a future in the Air Force. Claytoon of the Day: Shut The Tat's Trap