Today the Pima County Board of Supervisors voted to reject more than $1.8 million in federal Operation Stonegarden funds. This money would have gone toward Pima County sheriff’s deputies overtime, mileage and equipment related to federal immigration missions.


Last May, the supervisors voted 3-2 to accept Stonegarden funding on the condition that more than $200,000 of those funds go toward reimbursement for the county’s cost of housing and providing services to the large influx of asylum seekers experienced during that time.


District 3 Supervisor Bronson was the swing vote in favor of that decision. Supervisors Miller and Christy also voted in favor, while Supervisors Elías and Valadez voted to reject the money.


In December, it was revealed that federal and state officials denied the supervisors’ request to use the money for that purpose. Officials from US Border Patrol and the Federal Emergency Management Agency claimed “there is no border security operational benefit derived from this reallocation request.”


Before September 2018, Operation Stonegarden had been accepted by the Pima County Board of Supervisors for 12 consecutive years. In response to mounting opposition from community members, the supervisors rejected it for the first time at a 3-1 vote that year.


Sheriff Mark Napier was an avid supporter of the federal program, saying the funds were instrumental to their operations and maintaining public safety in the region.


But critics of Operation Stonegarden say the program does the opposite. They believe it promotes collaboration between local law enforcement and federal immigration agents, which targets immigrant communities within Southern Arizona.

At the Feb. 4 meeting, Napier said the department needs the proper tools to address cross-border crimes. He said they are actively interdicting large amounts of fentanyl, opioids, heroin and methamphetamine coming into Pima County through the border, as well as cases of human trafficking.


He said they are dependent on this funding from the federal government, but he wants to get to a point in the budget where they are no longer in that position.


Napier said he recognized some of the “collateral damage” caused by these grants, and made an offer to the supervisors to limit the overtime participation by deputies to eight hours per pay period, in order to minimize the fiscal impact of long-term pension obligations.


Napier rejected the notion of racial bias in the sheriff’s department as a result of taking the federal grant and called it “offensive.”


Elías said the criticism about Stonegarden leading to racial profiling is not an attack on officers, but rather an indicator of the federal government not fixing a broken immigration system.


Despite Napier’s comments in favor of the funding, Elías said the Stonegarden grant is still problematic and has a lack of transparency surrounding the “true cost” behind it, regarding the sheriff’s deputies pension liability and lack of humanitarian aid granted.


Elías added that he believes the Department of Homeland Security is a “rogue agency” that doesn't serve the interests of citizens.


Bronson said it's clear the grant hasn't changed or adapted to today’s border conditions. But she said it's still compelling because of a new federal policy, the Migrant Protection Plan. She commented that most migrants who die in the rural desert land of Pima County are in District 3, her district. She believes law enforcement needs to be present in those rural areas to rescue and save lives, which they currently are not doing due to a lack of staffing.


She supported County Administrator Chuck Huckelberry’s continued effort to receive reimbursement for humanitarian aid costs incurred by the county. But since those aren’t included in the current grant, she said she couldn’t support it.


“I think everyone loses no matter how this vote goes down today,” Bronson said. 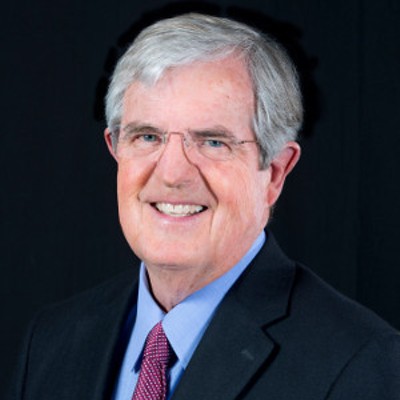