On Queenie, songstress Just Najima’s debut album, her impassioned voice simmers and seethes. Her prose dripping with ‘tude—“I Ain’t Got Time (For That Shit)”—can impale a stake straight into the gut.

Like on “America Blues,” she wails about Michael Brown and how the system let a murdering cop go free, “injustice crying out.” Defiant, Najima holds her ground, firmly. “I said I won’t pledge allegiance, until I see some equality, for black folks like me.”

Queenie is not easy listening. Just Najima’s unique “Southwestern Gothic soul”—conveying a modern sense of urgency veiled in a traditional framework—is unafraid to walk through the darkness. Fearlessly she chants, “It’s a wicked world. Let’s burn it down.”

How did Queenie come about?

When my last band [The Sinners] broke up in 2018, I was devastated. I poured my heart break into writing a bunch of songs. But those songs were also a leap of faith. I had no money, no connections and no band. Around that time I got involved in a group for female musicians and met Jillian Bessett. Jillian was about to start offering to do independent recording in her home studio. So I became her first client.

Without material, what did you work on?

Initially, we sang mostly old blues songs. No originals. So it is a new thing for me to write and arrange/compose my own music. Working with Jillian was amazing. We were able to communicate, through music, in a way that helped me to take this stuff from inside my head and make it real.

Is the material on Queenie written entirely by you?

Yes, for the most part. “Somebody Talking About Jesus” is an old spiritual Christmas song. I changed the lyrics to be about the broader crisis. “America Blues” is my take on JB Lenoir’s [American blues guitarist/singer-songwriter, active in the Chicago blues scene in the 1950s and ‘60s] old civil rights song “Alabama Blues.” But the rest of the songs I wrote and composed myself. Jillian helped me make them real and we worked on producing them together.

Is there a message that you are trying to convey to your audience?

The album is about the journey, I believe, all intelligent, empathetic people have been feeling the last several years. We went from 'Yes, we can' to 'holy shit, I guess we can’t.' It’s been an ugly and dark time. I know lots of people have felt battered and disheartened by the world around them. The album goes on that journey from carefree to dark and disaffected. But it ends on a bittersweet note of resilience and resistance.

Who else played on the recording?

Chris Callahan (Shrimp Chaperone) played guitar. Becky Diamond and Sarah Mohr played piano. Backing vocals, Jillian, Katherine Byrnes and me. It was a small shop and we cranked it out, working mostly nights, because Jillian has three kids and I have one. It was really just love, love, love and women supporting one another that really created this album.

When was Queenie recorded?

Last February. It’s all just like fallen into place. And honestly, I don’t really know how. I mean, obviously, I’ve been busting my ass. But, I can’t believe how far I’ve come in such a short period of time.

So, what’s next for Najima?

I’ve been singing my entire life. But always lending my voice to other people’s music. I’ve always had a powerful voice. But, I never thought of myself as a real musician. After my band broke up in 2018, I started singing mostly backup. But, the truth is I had limited myself and I just couldn’t see it until the band ended. I was scared to be the front person. I was scared to have a vision. But, then I was like...I think I can do this. And, I started writing.

Queenie is available on iTunes, Spotify and Bandcamp on Jan. 31. 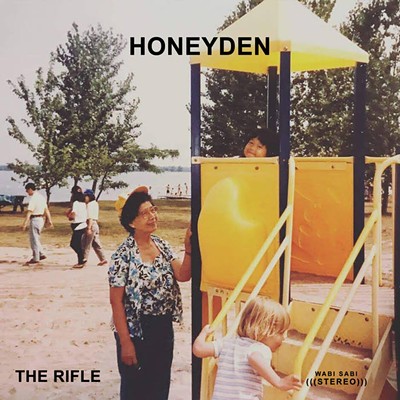 Claytoon of the Day: Inappropriate