The Play that Goes Wrong. This play-within-a-play starts with the audience seeing a backstage staff dealing with several mishaps, including a missing dog and a broken mantelpiece. Then you watch it go downhill from there with the cast members of a small theater company forgetting their lines, breaking character and being unconscious. It’s been called “the funniest play Broadway has ever seen” and “the illegitimate Broadway baby” of Sherlock Holmes and Monty Python. You’ll laugh your pants off, we promise. Tuesday, Jan. 14, to Sunday, Jan. 19, with shows at various times. UA Centennial Hall, 1020 E. University Blvd. $25 to $115+, with discounts available for seniors, students and military.

Space Jam. Featuring Michael Jordan, Bill Murray, the cast of Looney Tunes, a reference to Pulp Fiction and “I Believe I Can Fly” by R. Kelly, Space Jam works as a kind of time capsule for ’90s entertainment. Sure, it’s cheesy and wacky, but did you know the director, Joe Pytka, has several permanent works in New York’s Museum of Modern Art? As part of their Tuesday Night Classics series, Harkins Theatres is screening Space Jam, to get you ready for its sequel, slated for release summer 2021. 7 p.m. Tuesday, Jan. 14. 5455 S. Calle Santa Cruz & 5755 W. Arizona Pavilions Drive. $5.

This esteemed bebop/swing vocalist’s first appearance at Jazz at Lincoln Center was at age 11. She won second place at the prestigious Thelonious Monk Jazz Competition, in 2015. Now, at age 25 she is being recognized as one of the top young jazz singers on the scene. Veronica Swift will perform with the UA Studio Jazz Ensemble. At the Leo Rich Theater. 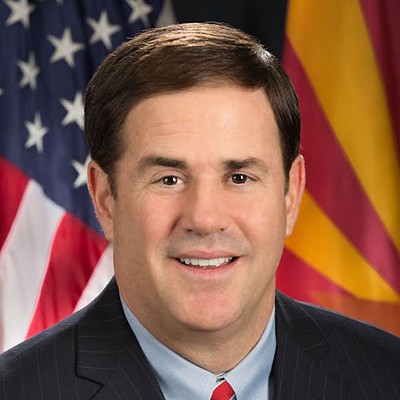