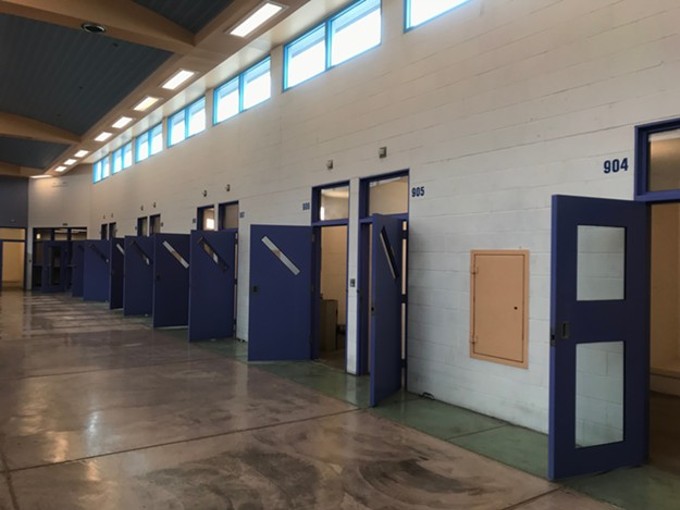 One of three wings inside Pima County's Juvenile Justice Complex.
Federal and state officials have denied Pima County Supervisors’ request to use Operation Stonegarden grant funding towards reimbursement costs related to humanitarian aid, according to a Dec. 26 memo from County Administrator Chuck Huckelberry.

Last May, the supervisors voted 3-2 to accept the controversial grant, with a condition stating more than $200,000 of that money should cover the cost of housing and providing services to the large influx of asylum seekers experienced during that time.

Community activists who oppose the use of Operation Stonegarden in Pima County say the program promotes collaboration between local law enforcement and federal immigration agents, which targets immigrant communities within Southern Arizona.

When the supervisors approved it, activists criticized their decision and said the plan to use federal money for humanitarian aid reimbursement would not work.

Now their criticisms have been validated, as Huckelberry explained in his memo that the county learned “indirectly” from Sheriff Mark Napier that US Border Patrol (USBP) and the Arizona Department of Homeland Security (AZDHS) denied their request. He said the reasons used to deny the request were “seriously flawed,” but the department has the authority to do so “unilaterally without appeal.”

Huckelberry wrote that USBP and AZDHS were concerned that the supervisors had previously rejected the Stonegarden funding in 2017. That decision was made after intense public criticism over the partnership between the sheriff’s department and federal immigration authorities such as Border Patrol and Immigration and Customs Enforcement (ICE).

In a letter from USBP Chief of Law Enforcement Operations Brian Hastings and Federal Emergency Management Agency (FEMA) Assistant Administrator Bridget Bean, AZDHS was informed that Pima County’s request for the reimbursement funds were denied because they believe “there is no border security operational benefit derived from this reallocation request.”

They also wrote that while reviewing the request for humanitarian aid reimbursement, they took into consideration “the previous voluntary return of over $1.2 million in FY17 operational funds by Pima County, which resulted in the loss of over 11,000 Operation Stonegarden-funded overtime hours.”

Huckelberry took issue with that point in his memo, saying Pima County’s previous rejection of the grant allowed the money to be reallocated to other agencies. Essentially, it was not a loss of funds.
He also argued in a response letter to AZDHS Director Gilbert Orrantia that local non-governmental community organizations were so overwhelmed by the influx of asylum seekers that the county had to take action, or else Border Patrol would have had to “deal with the ill-will from releasing several thousand asylum seekers to the streets of Tucson.”

Huckelberry asked Orrantia if there is any possibility the county can appeal the rejection, but has yet to hear back. For now, the possibility of the county receiving reimbursements for the cost of housing asylum seekers within the Pima County Juvenile Justice Complex remains uncertain. 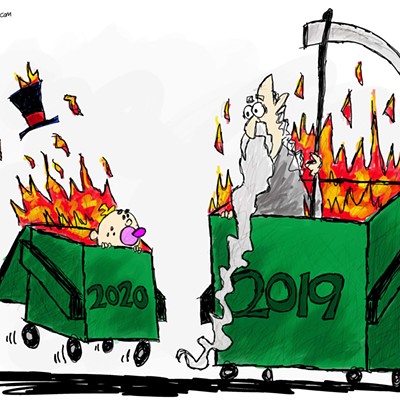