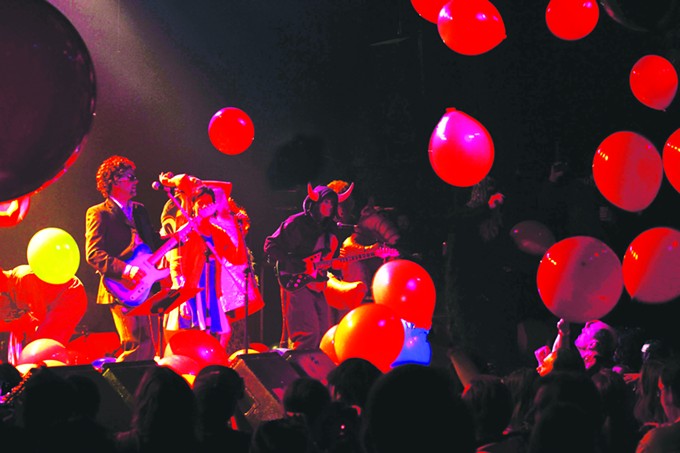 Cynthia Elliot
The Great Cover Up
What happens when your favorite local bands gather to unabashedly pummel the crowd with mad covers in support of community radio? Why it’s The 2019 Great Cover Up. A golden-hearted charity event not to be missed. Three nights, three venues. Night One of the three-ring circus sees local bands paying tribute to a menagerie of artists as diverse as The Sex Pistols, Stevie Wonder, Squeeze, Neil Young, Linda Ronstadt, Janis Joplin, George Michael, Daniel Johnston and Creedence Clearwater Revival. Featuring Breaking Glass, Fontana Love Triangle, Mr. Manager, Nick Prevenas, Smallvox, Southbound Pilot, The Bennu, The Distortionists and The Minds. All proceeds from this year’s Great Cover Up to benefit Tucson’s community radio KXCI 91.3 FM. The mania kicks off at 191 Toole…

Folk harp and viola delicately commingle to arrive at a mysterious landing. Mariah McCammond and Deanna Cross are The Hatpin Duo. On the patio at Agustin Kitchen…

Inspired by a myth that suggests that, as humankind evolved from sea creatures, some chose not to leave the water and walk the earth, but rather to stay in the ocean and explore the darkness as dolphins. Mega Bog presents Dolphine—her fifth release—at Club Congress. With Karima Walker and Stripes…

Followed by a celebracion to honor La Reina de México, La Virgen de Guadalupe—a powerful symbol of Mexican identity and faith associated with motherhood, feminism and social justice. With DJ Q spinning in the club while DJ Robertitx mans the decks out on the plaza. Psypiritual & Rey (from Ojalá Systems) step to smash out a midnight set. At Hotel Congress…

A taste of Spain in downtown Tucson? Throughout the month of December, alternating weekly, singer-songwriters Amanda Rochelle and Natalie Pohanic shall serenade for Tapas & Tonics. In the lounge at the AC Hotel Tucson…

As part of the Oro Valley Concert Series, P.D. Ronstadt and the Company perform traditional Southwestern and Mexican folk songs interspersed with original material. At the Oro Valley Marketplace…

Pianist Elliot Jones presides at Piano Bar Thursdays at The Dusty Monk Pub. And you—that’s right, you—are welcome to prod the ivories. Bring your own sheet music or peruse through the host’s books…