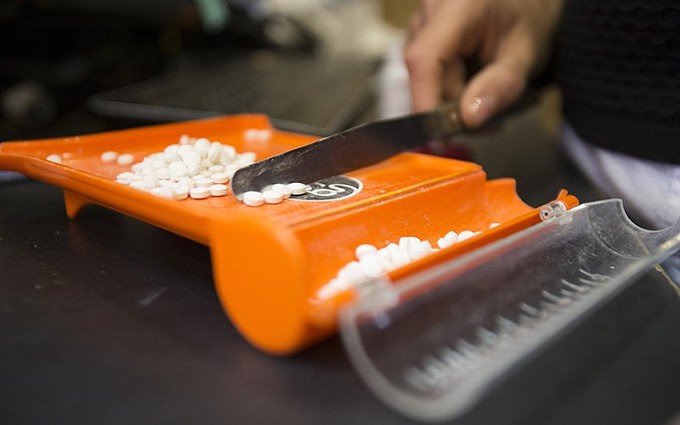 (Photo by Johanna Huckeba/Cronkite News)
Arizona officials had urged the U.S. Supreme Court to hear their case against the Sackler family, owners of opioid manufacturer Purdue Pharma, which filed for bankruptcy in the face of thousands of lawsuits over the opioid epidemic.
The U.S. Supreme Court on Monday rejected Arizona’s attempt to fast-track a case against the owners of Purdue Pharma in an effort to protect assets of the company for victims of the opioid crisis.

The justices without comment turned down Arizona Attorney General Mark Brnovich’s motion that the court should consider the state’s suit against the Sackler family.

Brnovich had claimed that family members were “looting” Purdue Pharma at a time when thousands of lawsuits are pending that accuse the company of helping create the opioid crisis.
Legal experts at the time called Arizona’s filing a long-shot—cases typically come to the high court only after they have been heard in lower courts—and Purdue has since filed for bankruptcy protection. But Brnovich said Monday he was disappointed with the high court’s decision.

“Today’s ruling will not end our efforts to hold Purdue and the Sacklers accountable for their role in the opioid crisis,” he said in a statement released by the attorney general’s office. “We will continue to fight for Arizona’s interests in the Purdue bankruptcy proceedings.”

The judge in that bankruptcy case has ruled that Purdue and the Sacklers are protected from lawsuits while the bankruptcy proceeds, an order that has been challenged by dozens of states with lawsuits pending.

In its petition to the Supreme Court in July, Arizona called the opioid crisis the “worst man-made disaster in American history.”

“There have been almost 400,000 opioid-related deaths in the United States in the last two decades,” the state’s complaint said, adding that “prescription opioid misuse costs the U.S. economy at least $78.5 billion annually.”

The Arizona Department of Health Services reported last week that there had been 3,768 opioid deaths in the state since June 15, 2017. That’s almost 400 more deaths than had been reported when the state filed its complaint with the Supreme Court on July 31.

The complaint claimed that Purdue has transferred more than $4 billion to eight Sackler family members since 2008, a year after the company pleaded guilty to federal charges that that it misled the public about the addictive properties of its drug, OxyContin.

Purdue now faces “thousands of lawsuits in which plaintiffs, including counties, cities, towns and nearly every state in the country, are seeking to recover billions of dollars under consumer protection and tort law,” the state said in its complaint then.

Purdue reached a tentative settlement this summer that would have included the Sacklers giving up control of the company, selling off foreign drug companies and putting $3 billion toward settlement of claims. The company filed for bankruptcy protection soon thereafter.

The company then tried to block Arizona’s Supreme Court appeal, arguing that “black letter bankruptcy law” mandated that “any and all fraudulent transfer claims against Purdue or the Sackler defendants may only be brought by the bankruptcy trustee.”

In a November response, Arizona argued that letting bankruptcy law dictate what cases the court could hear “strips this court of its jurisdiction to decide this controversy.” It called the opioid epidemic “an unprecedented public-health crisis” in need of a national solution.

“Only this court can enter a judgment that will be respected internationally when Arizona and other creditors inevitably pursue the assets that the Sacklers have stashed overseas,” the November filing said.