Where Have All The Teachers Gone? (Long Time Passing)

Courtesy of BigStock
A long time has passed since my first year of teaching. Fifty years ago this September I began my 30-plus year career as a high school teacher. (Yes, I'm that old.) I taught in a one-high-school district outside of Riverside, California. The district wasn't my first choice, but it was the only job I was offered. Teaching jobs were scarce.

The next year I applied for a job in the Portland, Oregon, area. Again, only one district offered me a job, which I took. I stayed there until I retired in 2003.

I was an English teacher, which was a liability. Too many prospective English teachers were chasing too few jobs. But the jobs were there if you looked. By the time I had been teaching a few years, though, college education profs were warning their students, if you're planning to get a credential in English or social studies, you could be in trouble. Openings in those areas were few and far between. It would be a good idea, students were told, to get a second credential in another area to hedge your bets. People who could teach math, science and special education were in demand, not English and social studies teachers.

Over the years, I may have had some colleagues who didn't have traditional teaching credentials. If so, I don't remember them, and I'm sure they weren't in the English department. I can say with reasonable certainty, no classrooms in schools where I taught had full time substitutes. There were plenty of credentialed teachers to go around.

Today, too many Arizona teachers lack a teaching credential. Too many classes are being managed by full time substitutes. And Arizona is hardly alone. The same is true in other states.

Where have all the teachers gone?

I kept my 1969 contract, my version of taping the first dollar I made to the wall. My salary was $7,140. That's in 1969 dollars, of course. A 1969 dollar would be worth a little more than seven dollars today. So figuring for inflation, my first year salary was the equivalent of $50,000 today.

Today's average starting salary in Arizona is in the $35,000 range.

I remember scraping by during my first years of teaching. I watched my spending carefully. There was rarely much left at the end of the month. But I wasn't struggling to pay rent ($100 a month for a modest two bedroom house), put food on the table (eggs were 62 cents a dozen) or gas up my car (32 cents a gallon). I got by without making any serious sacrifices.

Arizona's $35,000 starting salaries are among the nation's bottom three. The national average is closer to $40,000, which is still $10,000 less than what I made my first year. The Portland-area school district where I taught offers its first year teachers about $41,000. California's starting salary today is nearly the equivalent of what I received, about $47,000, but California's cost of living, especially if you factor in the astronomical housing costs, has grown faster than the national average.

My modest starting salary would be the envy of most teachers today.

Where have all the teachers gone? You shouldn't have to ask. Look at what a teacher's salary buys these days. Teachers don't expect to live in luxury, but knowing they have to take a vow of poverty before they enter the profession is enough to discourage lots of prospective teachers, and encourage working teachers to leave if they think they can find better pay elsewhere.

I could go on. I might not have joined the profession in 1969 regardless of salary if I knew my job was to raise my students' scores on high stakes tests which measure a fraction of what should be learned in the classroom. I might have left in a few years if, instead of being granted a reasonable level of respect by the outside world, I was treated with scorn and derision by the well funded education reform/privatization industry, whose negative views of teachers filtered down to a large segment of the population.

Then again, I loved teaching. I might have signed up and stayed, even with all the testing, even with the slings and arrows of outrageous insults. But compound the added pressures on today's teachers with humiliatingly low wages, and I might have chosen another professional path. Teachers aren't greedy, but it's nice to earn a reasonable salary, like I did starting 50 years ago.

Claytoon of the Day: Moo Trouble For Devin 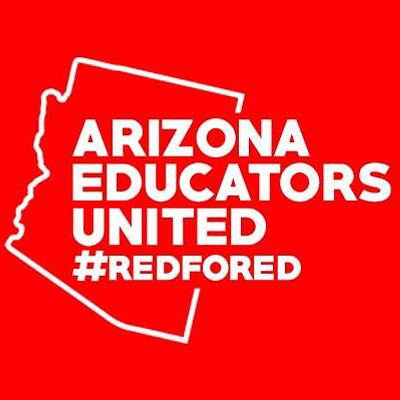