XOXO: Where to Rock, Wednesday Nov. 27 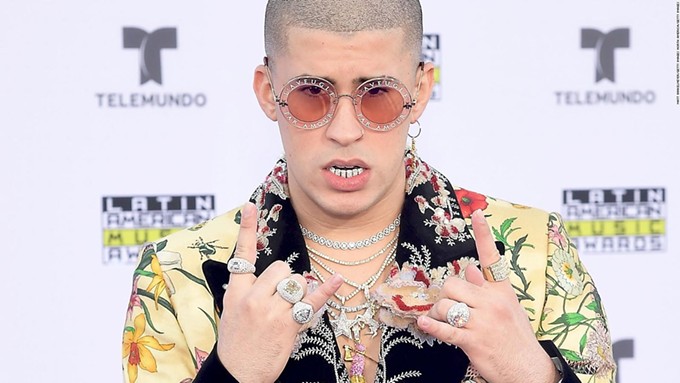 Courtesy photo
Bad Bunny
"I Like It." At 25, Benito Antonio Martínez Ocasio's ascent from supermarket bagger into who Rolling Stone calls "The Four-Billion-Stream Man" has been nothing short of meteoric. Bad Bunny leads the Latin trap explosion. At the Tucson Convention Center...

Wrought of Caliche, local R&B/neo-soul/"Pisces poppers" Mesquite are preparing to travel south—along with devilish Mexican garage punks Los Diabólicos and Phoenix's DJentrification—to perform at the Posadelic Festival in Hermosillo. They are circling the wagons at Club Congress for a send-off...

Billed as "a reunion of sorts," In Photo Exhibit, the photographic work of Katie Rogers, Michelle Testa and Jarrod Mingus mashes up with the rock/punk/noise, indescribable fury, and, uuh, odor of Free Machines, Carbon Copy and Shit Knife. At 191 Toole...

Gary Mackender, Karl Hoffmann and Billy Yates, otherwise known as The Carnivaleros Trio, add a few secret herbs and spices (use your imagination, will ya?) into a savory stockpot of zydeco, polka y Tex-Mex and bring it to a roiling boil. At Public Brewhouse...

All Bets Are On, Volume 41: On a Terrible Territorial Cup, Kevin Sumlin's Job Prospects and Pac-12 Basketball