Kathleen B. Kunz
Tucson Mayor-elect Regina Romero addresses a crowd at Hotel Congress with her family. Romero is the city's first Latina mayor.


Romero, who had represented Ward 1 for 12 years, launched her campaign to replace Mayor Jonathan Rothschild after he announced he would not seek a third term. She had 56 percent of the vote, compared to  Ackerley's 40 percent and Cease's 4 percent.

“As important and historic as this night is, let me tell you what excites me tonight,” Romero told the crowd. “The people of Tucson have said loud and clear that it’s time to take our city to the next level of progress and prosperity, that we’re ready to act boldly on climate, they we believe in fighting for social and economic justice for all Tucsonans. Regardless of what differences of opinion we have, we will always be one Tucson. Somos uno.”

Romero will be Tucson’s first Latina mayor. Congressman Raúl Grijalva was in attendance to introduce Romero, saying the night’s results “reflects who we are as a city.”


“It sends a wonderful message across not only the state of Arizona, but across this nation, that Tucson is part of the change in this country,” Grijalva said. “That Tucson believes in issues. That Tucson looks beyond their noses about what the future should be for themselves, their children and the generations to come.”

“It’s been so important for me during this campaign, having been born and raised here, that we build capacity with our young people, because they’re going to carry us into our future,” Santa Cruz said. “That’s been a big part of our campaign, it’s one of the things I’m going to keep pushing in the office, making sure that we have youth voices leading from the ground up.”


“We made history tonight, but it’s a part of a start of a history,” Cunningham said. “Tonight in Kentucky, the governor is now a Democrat. Tonight in Virginia, the state Senate is now Democrat. One year from tonight, the White House will be Democrat … This was our dry run, this was our rehearsal. I want to put the conservatives on notice, to quote my friend Ricky Bobby, we’re coming for you, alright?”


“I’m excited to work with this amazing group of people and continue to move Tucson forward, so thank you,” Lee said.

Things to Do, Wednesday, Nov. 6 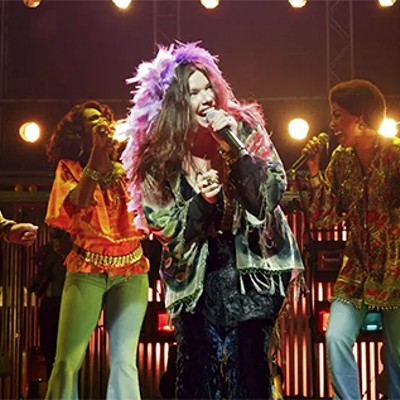