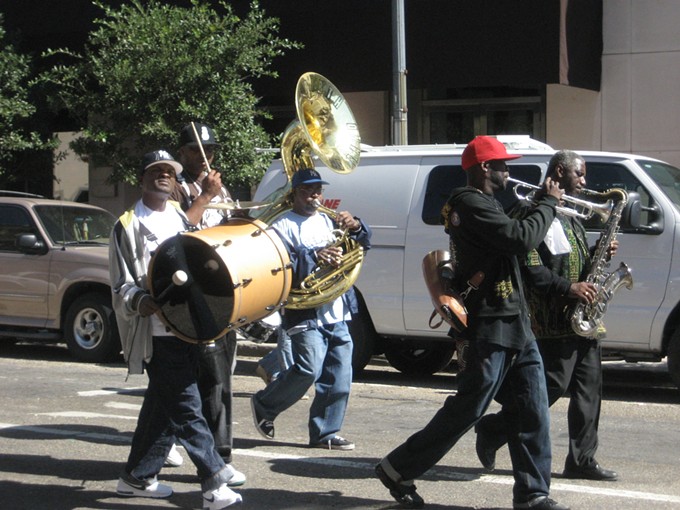 Photo by Infrogmation
Rebirth Brass Band
A New Orleans treasure, they came up from playing the streets of the French Quarter to festival stages all over the world. Their hip-shaking sound upholds brass band traditions while adding ladlefuls of savory funk and hip-hop into the stockpot. Rebirth Brass Band brings the non-stop party machine to The Rialto Theater...

Like the biblical pestilences—water turning to blood, locusts and hail, darkness and the killing of firstborn children—that ran through Ramses' Egypt, Plague Vendor proselytize at 191 Toole. Up first, sans supervision, No Parents run amok...

Although the songs on Begin the Glimmer (2018) were crafted with workmanlike precision, once in the studio this singer-songwriter—playing every instrument on the album himself—approached recording with an eye toward the unrehearsed. "I just wanted to be less precious with the performance." From Memphis, Stephan Chopek performs acoustically at Sky Bar...

Claytoon of the Day: Feel The Endorsements