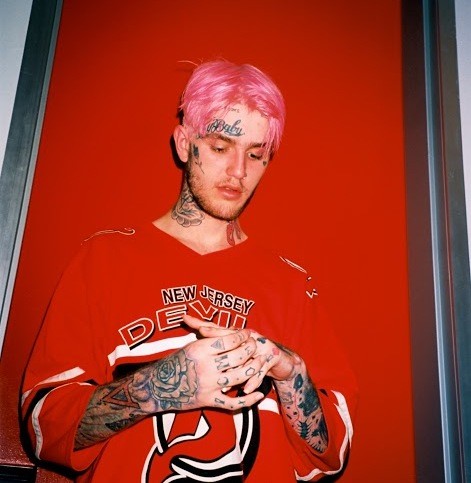 First Access Entertainment Limited (CC BY-SA 3.0)
Lil' Peep (Wikicommons)
In the "Spotlight" again. Disciples gather to raise a cup to Lil' Peep. A rising star, this rapper/singer—described by Pitchfork as "The future of emo"—helped pioneer emo-rap. Peep's life took a tragic change of direction in Nov 2017 when he overdosed on fentanyl and Xanax on a tour bus prior to a performance at The Rock in Tucson. The "emo-trap heartthrob" was just 21. Recently, his mother filed a lawsuit against the agency/label that handled Peep's career for negligence, breach of contract and wrongful death alleging that her son was pushed to perform and plied with drugs. The Peep Show: A Hip-Hop & Metal Memorial to Lil' Peep is at the Rialto Theatre. Liquid Space, Atmosphere, Flying Half Full, Exit Dream, Tribulance, Peep Show, Decenvir and Beyond The Firewall attempt to fill the void...

Not everyone can claim to have worked with "Godmother of Punk Rock" Patti Smith. Guitarist Oliver Ray can. C'mon, is that not enough street cred to get your tired carcass off the couch? Along with the rock/soul/folk of Whiskerman, whose frontman Graham Patzner will crow like a medicine show preacher, and then murmur you into his lovesick arms. (Or so they claim.) On the plaza at Hotel Congress...

In a Rabelaisian celebration of liberation from restraint and societal dogma, under the stewardship of Tucson Libertine League's Lola Torch, Reveal: A Debut of Burlesque Performances unveils itself at 191 Toole...

Taco Sauce succeeds in marrying the swingin' swayin' groove of Martha and the Vandellas with the ball-busting swagger of Pussy Riot. Catch them at Club Congress with Sur Block and R&B artist Stevie Rose...

These Cleveland nu metallists are known for their theatrical performances replete with costumes and scary masks that personify fantastical and unsettling music. Out on The Halloween Tour, nu metallists Mushroomhead tell Beautiful Stories for Ugly Children. At EncoreTucson. He Kill 3 and Dead Superstar rise from the dead to open the show...

These local faves recently played the storied Viper Room in West Hollywood. Not every band can make that claim. Miss Olivia and the Interlopers are in the tasting room at Sand-Reckoner...

Tracing back the roots of country music from the verdant trails of Appalachia to the gritty streets of Bakersfield, Freddy Parish hosts Dry 'n' Dusty at Exo Bar...

Gila Byte, In Lessons and The Öhmlauts disrupt the magnetic field. At Irene's Holy Donuts...

A double dose is better. Rolla Acosta celebrate their 10-year reunion at Saint Charles Tavern. With The Jacob Acosta Band...