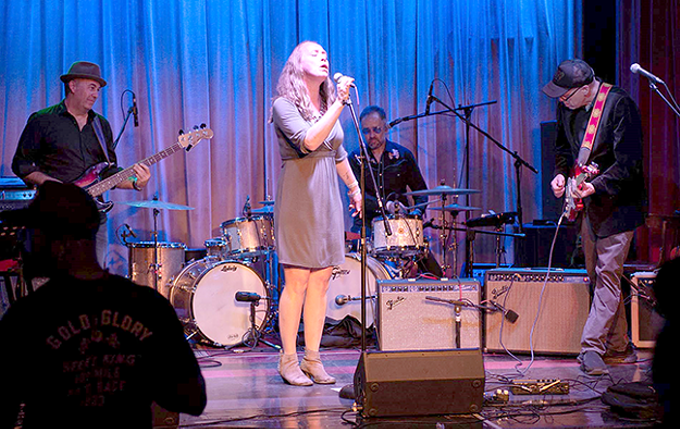 Courtesy photo
Miss Olivia and the Interlopers
Futuristic does the "Happy Dance" at 191 Toole. The I Am Tour also showcases young artists Ray Vans, ScribeCash, Dylan Reese and Demrick...

It's been 32 years since "Bamboléo" (which means wobbly)—off Gipsy Kings self-titled third album—became a worldwide hit. And apparently, after a few sangrias, that is the only way to live. Vocalist/guitarist André Reyes formerly of Gipsy Kings performs at the Tucson Music Hall...

The blues-based soul of Miss Olivia and the Interlopers help heat the air on the patio at Crooked Tooth Brewery Co...

From Barrio Santa Rosa, this bajo sexto and accordion-driven conjunto specializes in a polka and traditional Mexican steeped sound so intoxicating that one can easily lose their volition and dance with abandon. Pedro Y Los Liricos play Exo Bar...

Showcasing some of the Old Pueblo's top and up-and-coming turntablists, Funk Yo House Fridays goes off at Irene's Holy Donuts...