Courtesy photo
Dragonforce
The release of "Bitch I Love You"—the standout track to this soul revivalist's 2007 self-titled debut, on  Shake Yo Ass Records, with The Cold Breeze—gained him critical acclaim and opening slots touring with Spoon and Okkervil River. His voice slurs like James Brown. And, the backbeat? Pure Stax Record's Southern soul. "Sugarfoot," Black Joe Lewis & The Honeybears narrows The Difference Between Me & You at Club Congress.

From an early age, vocalist Paul Janeway realized that his worldview was a little different from those around him. He traded in a career in ministry to start a band. "I've always been the artsy weirdo in the family," Janeway says. "I'm liberal. A blue dot in a very red part of the world." From Birmingham, Alabama, eight-piece rockin' soul band St. Paul & The Broken Bones attempt to slip into their "Sugar Dyed Honey Pants." At the Rialto Theatre. Country-blues troubadour Jeremie Albino opens...

"Jesus And Elvis," from What It Is (Dualtone, 2019), is the story of a bar, the memories we carry, and the things that give us comfort. Country folkster Hayes Carll says, "It reminded me of a bar I knew where it was always Christmas. There was nothing on the jukebox past 1968. True or not, it was a poignant story I thought needed to be told." Hayes Carll bring his sarcastic, plainspoken poetry to 191 Toole. With Southern Gothic Rod Melancon... Debatably, "known as the fastest band in the world," Grammy-nominated extreme power metallists DragonForce travel "Through The Fire and Flames" to EncoreTucson. With Dance of the Dead in tow. 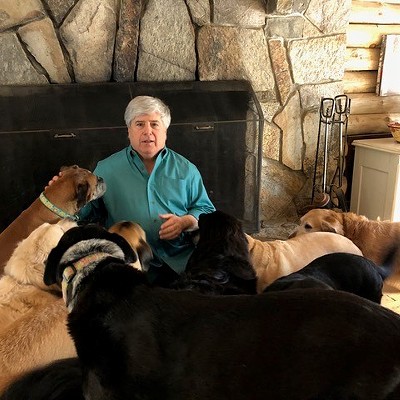