National touring comedian Bobby Henline tops the bill of a benefit variety show at the Fox Tucson Theater at 7 p.m., Tuesday, Sept. 10. Tickets are $20, or two for $35, via foxtucson.com.

Henline has been dubbed “The Well-Done Comedian” for the severe wounds he received in the Iraq War. A veteran of Operation Desert Storm, Henline was inspired to re-enlist in the Army following the 9/11 attacks.

On his fourth tour of duty, an IED blast left him with burns over 40% of his body. Over many months in the hospital, his upbeat attitude and sense of humor inspired one of his therapists to suggest that he try comedy. In addition to touring, he appeared in the Comedy Warriors documentary, the Showtime series Shameless and the film Sophie and the Rising Sun.

The 9/11 Tower Challenge Foundation was founded to honor first responders who gave their lives on September 11. The Foundation’s annual climbs on September 11 is believed to be the largest event of its kind. For more information, visit 911towerchallengefoundation.

Carcajadas: Una Noche De Comedia combines Spanish language standup comedy and improv in what’s believed to be the first show of its kind at 7:30 p.m., Saturday, Sept. 14. Tickets are $5 via Squareup.com.

Czarina Nafarrate tells how Cómo Se Dice came about. “Sara (Alcazar Silva) and I caught ourselves speaking Spanish during a rehearsal,” she says, “and we thought, ‘Wouldn’t it be cool to do improv in our native language?’” The duo rounded up other Spanish speakers in the company and began Arizona’s first all-Spanish-language improv team.

The then-all-female team debuted at TIM’s first all-female Cactus Flower Comedy Festival in 2017. They have featured in three TIM festivals since and, in 2018, performed in the Los Angeles Diversity in Comedy Festival hosted by Second City.

“The amount of comedy in Spanish does not match Tucson's demographics,” Nafarrate says, “so we want to try and close that gap.” She adds that the team is reaching out to Spanish-speaking radio stations and to other Spanish-language comedians who might want to collaborate on future projects.

Unscrewed Theater celebrates its first whole year at its permanent location with what they’re calling a super-sized improv show featuring all four of their house teams, a visit from the mayor and plenty of snacks and prizes. Admission to each show is $8 for Adults and $5 for kids through age 12.  A ticket for both shows on Saturday is $10.

Comic Chaos, Leaky Faucets, From The Top and NBOJU (Not Burnt Out Just Unscrewed), perform at 7:30 p.m., Friday, Sept. 6. After the show, at 9 p.m., a reception with cast members and an open house take place in Unscrewed Theater’s adjacent training and community center space.

The house teams’ cast members host food and games at a second reception and open house at 3 p.m. Saturday, Sept. 7. A family-friendly 7:30 p.m. show features Tucson mayor Jonathan Rothschild on stage with NBOJU. The celebration culminates with a 9 p.m. musical improv show featuring From The Top and including giveaways and a raffle for $1,300 worth of private improv shows, workshops and classes.

Sunday: Free Open Mic at 8 p.m. at Chuckleheads in Bisbee.

Monday: Free Open Mic at 7 p.m. at The Surly Wench.

Wednesday: Free open mic at 7 p.m. at The Screening Room. 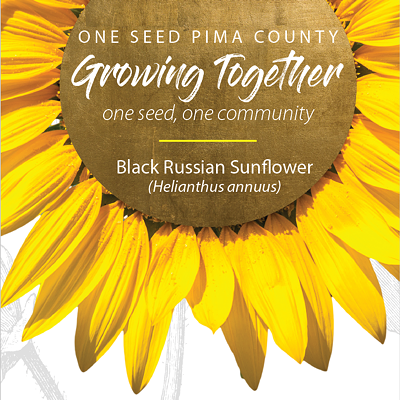 Los Lobos, The Bennu and More: Concerts to See in Tucson This Weekend