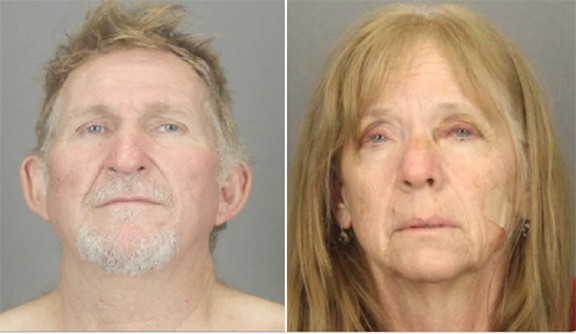 On Aug. 26, STS was transporting 56-year-old Blane Barksdale and 59-year-old Susan Barksdale, who were being extradited to Tucson in relation to charges connected in the murder of Frank Bligh, a 72-year-old Tucson man.

The Barksdales overpowered STS guards in Utah, escaping and driving near to St. Johns, Arizona.

According to a press release from the department, there is no indiction the Barksdales are traveling towards Pima County.

STS has been contracted with the county since November 2016 to provide transport services. The Pima County Sheriff’s Department is one of eight counties in the state who use private transport companies to help keep costs down.

Other reasons for using a private company have to do with the high cost of extradition, distance and deadlines when an inmate has court proceedings.

The contract as is expires in November and the Sheriff’s Department has suspended use of their service "pending a review of the incident/escape.”

Anyone with information on the escape or the Barksdales should contact 9-1-1 or 88-crime. They are believed to be armed and dangerous.