College football teams from the Mid-American Conference will book a trip to Tucson every New Year's Eve, starting in 2020, thanks to a new affiliation with the NOVA Home Loans Arizona Bowl. MAC teams will play against those from the Mountain West Conference. The Sun Belt Conference previously participated in the bowl.

Bowl executive director Kym Adair delivered the announcement Thursday morning, adding that the new affiliation will run through 2025. Both conferences will send their “upper-echelon” teams to the bowl game, according to Adair, which will lead to better quality of play.

“This is a huge day in the history of the NOVA Home Loans Arizona Bowl,” she said. “We’re looking at the future, and we’re building something really special here in Southern Arizona. We’re going to bring two great, great football conferences to Tucson, and it really leapfrogs us forward.”

Mountain West commissioner Craig Thompson, who has led the conference since its inception in 1999, said the 13-team league is proud to re-up its partnership with the bowl game.

Thompson said the conference, which has teams in Colorado, California, Idaho, Wyoming, Nevada and Utah, fits perfectly into the football culture of Southern Arizona.

He also believes the region’s support of the bowl game since its inception in 2014 shows how important it is to the civic pride of Tucson.

“Each year, it gets a little bit better, as far as fan experience, hospitality and the pregame festivities are concerned,” Thompson said. “We’re now going to play on New Year’s Eve, it’ll be fun. It will be a place to spend a different time than back home, in a different city.”

MAC commissioner Jon Steinbrecher called the conference’s decision to link up with Adair and company a no-brainer.

Steinbrecher is hopeful that players, parents and fans can all have a great time during the bowl week, which can in turn boost the city’s standing in the Midwest.

“For our student-athletes, what makes this [bowl game] special is that this is an area that many of them have never been to,” Steinbrecher said. “So, who knows how many of them will settle down here.”

Steinbrecher added that the conference’s decision to link up with Thompson and the Mountain West Conference stemmed from their shared vision for student-athletes’ welfare. He has no doubts that the Tucson-based bowl game can thrive on its new time and date, with a 2 p.m. kickoff local time.

Steinbrecher also said the Tucson bowl game can stand out in a crowded field, with 40 games played between Dec. 20 and Jan. 13. The longtime commissioner believes the MAC’s fans will flock to Southern Arizona, if for no other reason than the sunny, warm weather.

“I’ve waited a long time for this day to come around,” he said. “It is truly a privilege for the MAC to be a part of the NOVA Home Loans Arizona Bowl.”

Another draw to the game being moved to New Year’s Eve is the downtown block party that will serve as Tucson’s newest way to countdown to the next calendar year.

With a litany of events planned, as well as the dedicated alumni and fanbases that surround each of the conferences’ programs and their willingness to travel to bowl games in years past, the new pairing brings with it exciting expectations.

Adair said her main concern is ensuring that anyone that makes the trek to Arizona Stadium in years to come enjoys a quality product.

“We want to put together terrific football teams and football games, so that everybody can have an amazing experience,” she said. “[Fans] want to come to the warmth of Tucson in December, so bringing those fans to Tucson is really, really important, and we've got a lot of synergy with that.” Claytoon of the Day: Slingers 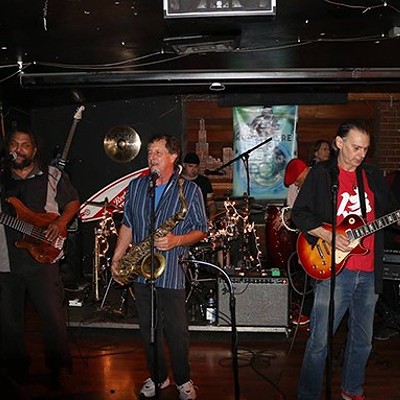