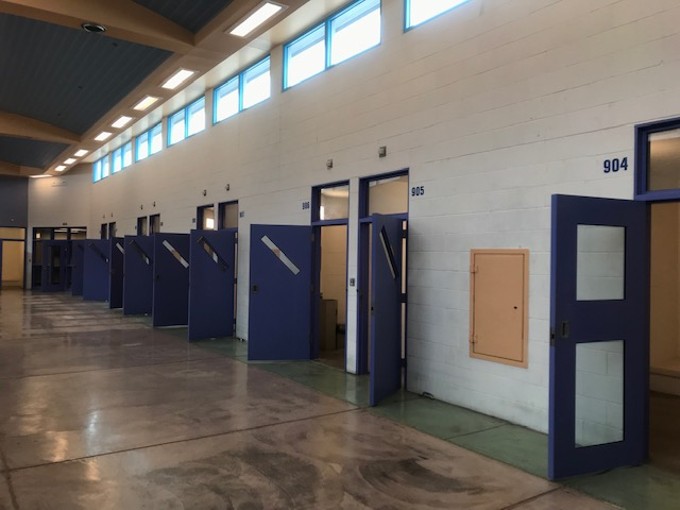 A local Catholic organization sees a detention facility as a “blank canvas” they can transform into a welcoming humanitarian shelter, but some community members believe it is impossible to repurpose a building that actively incarcerates people.

The Pima County Board of Supervisors held a special meeting Monday, July 22 where they voted to approve an agreement with Catholic Community Services to occupy three vacant wings of the county’s Juvenile Justice Complex for no charge.

As CCS prepares to cease operations at the Benedictine Monastery, the staff and volunteers have been eager to secure a new space to serve the hundreds of asylum seekers released into the Tucson area by Customs and Border Patrol on a regular basis.

The organization has housed and cared for asylum seekers, who mostly come from Central American countries, in two small shelters since 2014. In January, they set up a larger shelter operation inside the monastery, located at 800 N. Country Club Road, to accommodate for the increase in asylum seekers released from CBP custody into the community while their asylum cases are processed, as well as create a central intake center that is available around the clock.

Every day, CCS and other faith organizations throughout the Tucson area receive information from federal officials about the number of asylum seekers being released from custody. They will determine the room availability within the shelters and then greet asylum seekers when they arrive and explain that they are not part of the immigration system.

The faith-based staff and volunteers provide their guests with food and information about their next steps, administer medical screenings and conduct intake interviews. Asylum seekers are assigned a place to stay and are given a tour of the facility, and then provided with clothes.

The guests receive help calling their sponsors to confirm their travel plans. Volunteers then coordinate transportation to a bus station or airport and arrange for food and travel supplies. They help the asylum seekers understand their travel plans.

In response to the sharp increase in asylum seekers, Benedictine Monastery owner Ross Rulney allowed CCS to operate a temporary shelter there before the historic building closes its doors for redevelopment. Rulney plans to build more than 200 market-rate apartment units around the monastery, with potential retail and office space inside.

The closure is coming up on Tuesday, Aug. 6. CCS representatives have determined the three empty wings within Pima County’s Juvenile Justice Complex would be their best option for relocation. The detention center is mostly closed down, with about 30 to 60 juveniles currently incarcerated there.

The monastery has experienced significant wear and tear in the seven months that it has served as a shelter, since it wasn’t built to accommodate heavy use from a large number of guests.

“That’s a huge challenge for us when you have large bodies of people,” Cavendish said. “And also it’s not the level of respect and caring and dignity that we really want to offer to our guests who are with us. There’s not much dignified about using a Porta-John in 109-degree heat here in Tucson.”

With these experiences in mind, CCS looked for a new shelter facility that could handle large amounts of daily use and comfortably house between 200 to 300 people. They said they need a place that is move-in ready and is centrally located to reduce commute times for volunteers, as well as close proximity to transportation hubs such as the Tucson International Airport and the Greyhound Bus Station on the edge of downtown.

After looking at more than 25 places, CCS decided the empty wings of the juvenile detention center, located at 2225 E. Ajo Way, was the best choice because it has industrial-level facilities for laundry, food and other necessities.

The county plans to perform minor renovations in an effort to transform the facility into a comfortable space. They have already disabled all the locks and security cameras within that portion of the facility. Cavendish said the staff, volunteers and guests will never interact with the other parts of the detention center which currently incarcerates juveniles, and asylum seekers will be allowed to move freely throughout the shelter area.

CCS plans to include murals, carpets, couches, curtains, comfortable beds, recreational items and many more things they believe will make the space a welcoming and calm environment.

Community members have expressed alarm at the news of moving asylum seekers into this facility, since they are coming directly from Immigration and Customs Enforcement custody which has a documented history of abusing migrants in detention.

An online petition that encourages county officials and CCS find a different shelter location had nearly 1,000 signatures as of Monday morning. The signers believe no amount of renovations can change the fact that the facility is an active detention center.

That movement has been met with pushback from CCS staff, who say they have run out of time to find a better option than the county facility.

“This binary of people will be on the streets or they move into the jail is false, and we need to call that out,” said Tiera Rainey, a community advocate who started the petition. 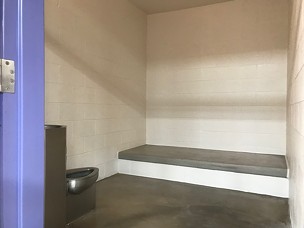 Kathleen B. Kunz
There was even a strong push last weekend to abandon the ongoing preparations for the Juvenile Justice Complex and instead utilize portions of two vacant Tucson Unified School District schools. CCS looked into that option and independently decided it was not a suitable place for their guests.

Rainey and other community members believe county officials and CCS owe it to the public to be more transparent in regards to why the other facilities were insufficient.

Since the move to the county facility was announced just earlier this month, Rainey believes there hasn’t been enough time or information provided for community members to identify a better alternative.

“The onus is being put on critics of this to say, ‘What’s your solution?’” Rainey said. “We were given a week to come up with a solution, given none of the data or information about all of the other sites that they had, these have all been closed-door conversations. They haven’t actually given us a chance to engage in a substantive way.”

Cavendish told Tucson Local Media that CCS has served over 19,000 asylum seekers since the monastery doors opened in January. She did not respond to multiple requests for the organization’s monthly intake numbers.

CCS CEO Peg Harmon told the county supervisors that the organization will never force a person to remain in a place where they felt uncomfortable and they are committed to finding a new housing space for any asylum seeker who doesn’t want to stay in the county facility. Opponents of the move expect many to decline the detention center.

“They’re saying people can go free, but they’re in the middle of nowhere,” Rainey said. “Where are they going to go to if they wanted to leave? And there’s law enforcement all over that complex because it’s an active detention center and a courthouse.”

At the supervisors meeting, several representatives from other faith congregations told the board that CCS is not the only religious organization that cares for migrants, and if they vote against the detention center, there are other options available to asylum seekers that would prevent them from ending up on the streets as a result.

Many residents present at the meeting were also concerned with the high costs of using the juvenile detention facility.

The county is seeking reimbursement from the Operation Stonegarden federal grant program to cover costs for providing humanitarian aid. Minor renovations, utilities, medical supplies, transportation, and upholding existing contracts within the complex for food, janitorial services and more will cost the county around $530,000 for five months.

“All of this is a hypothetical reimbursement that they may or may not get,” Rainey said.

Rainey argues that if the county is willing to invest the annual $1.5 million into the detention facility, that money could be used to enhance one of the other numerous facilities that CCS deemed insufficient.

“I think the county did a poor job of rolling it out to the community,” Elías told Tucson Local Media. “And had they had more facets of the community involved in the whole thing, then perhaps people wouldn’t have been so unsure about what we were doing and so negative about it, or worried so much about the ugly optics that surround it.”

At the meeting, Elías, who briefly opposed using the county facility, apologized for the lack of community involvement in this decision. While acknowledging that this option does not look great for the long term, he joined the other two Democrats on the board in voting to approve it.

“It’s going to be difficult for us to find that next place that works,” Elías said. “We will find a place, or maybe multiple places that will work for us, together.” Logan Burtch-Buus
Asylum seekers have been housed in the Benedictine Monastary since January.

Miller questioned why CCS was the only the faith organization involved in the decision to use the county facility, as well as the timing of the move.

“The fact this has come forth as an emergency, when it appears people have known for months that the monastery is going to be remodeled and discussions have been going on for months, why are we rushing into this to make this decision?” Miller said.

Christy said he refused to support the decision because taxpayers should not be responsible for providing food, shelter and medical care to asylum seekers.

“Non-governmental organizations should be taking the lead and shouldering the responsibility of this humanitarian crisis,” Christy said.

Valadez said the reason Pima County is dealing with this issue is because of a lack of decision from the federal government. While briefly acknowledging the lack of public involvement, he said the move to approve the use of the detention facility was necessary.

“That’s in the rear-view mirror,” Valadez told the audience. “Going forward this doesn’t have to be the only option, but right now we need this option.” 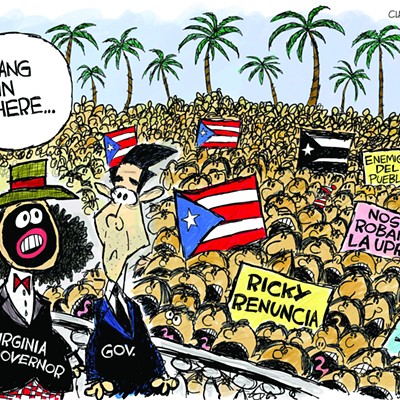