From Athens, Georgia, these pedal-steel drenched indie rockers recently released a new mini-documentary, 10 Years On The Road. “Touring can be a pretty grueling thing. It can really take its toll on you. But at least we’re getting paid in life experiences,” said guitarist Carter King, leaning into the sacrifices that come with touring life. Futurebirds are at The Boxyard. With Daddy Banjo & Banjolina Jolie, Chardonnay Sunset and Dirt Friends.

Distilled through a mix of ’70s bong water, the proto-metal of Sabbath and the biker rock of Steppenwolf and infused with a lyrical bent su used with the fantastical (grim reapers, extraterrestrials, Godzilla, tattooed vampires, etc.), Blue Oyster Cult’s self-titled debut album (Columbia, 1972) quickly established these Long Islanders as radio-friendly heavy metal pioneers. Appearing in various guises over the years, the band has maintained a relentless touring schedule that delivers classics to diehard fans and, as vocalist/guitarist Eric Bloom puts it, “teenagers with green hair.” At the Rialto Theatre. Grungy hard rockers of Limbo wait, in neither heaven nor hell, with crossed fingers.

As the low-watt drone of swamp coolers wears on, acclaimed Americana singer-songwriter/ storyteller Kevin Pakulis and his Band offer relief. At Monterey Court.

While Natty & The Sunset’s melodic folk illumes indoors at The Parish.

Showcasing some of the Old Pueblo’s top and up-and-coming turntablists, Funk Yo House Fridays goes off at Irene’s Holy Donuts.

In much the same way that savory menudo is doled out after a hard day’s night of drinking, Pedro y Los Líricos return to Exo Bar to serve up rancheras, cumbias y norteñas, caliente y picante.

Playing a mix of original compositions and covers (from Johnny Cash to Katy Perry), Cameron Hood, one half of award-winning alt-folk duo Ryanhood, performs in the courtyard at Mercado San Agustin.

An extravaganza awaits. Queerella D. Vil hosts Vamp drag show. At 191 Toole. With a performance by The Clunt and more.

“All grit and no quit,” is the mantra this Texas rising star has used to propel his career from the perilous roughstock events of the rodeo circuit into the fickle arms of the music industry. Josh Ward with Scottsdale’s Harry Luge and The County Line are at The Rock. Put your boots on and stomp around in the red, red dirt.

From Murfreesboro, Tennessee, this chart-topping country singer’s first record purchase was Keith Whitley’s L.A. to Miami (RCA, 1985), followed by albums by Randy Travis, Tracy Lawrence and Brooks & Dunn. “I’ve always loved country music, and I really liked singing it as a kid. So I was like, ‘That’s what I want to do.’ I just kind of always knew.” Chris Young was truly “Raised On Country.” At AVA Amphitheater.

Banjos, mandolins and ukuleles shall waft through the night air. Wally Lawder & The Stragglers offer their unique blend of folk, Americana and a pinch of something else. At Monterey Court.

Spinning R&B, hip-hop and rap from the ’90s and early 2000s, DJs Mijito and Plastic Disease preside over After Dark. At Bar Passé. 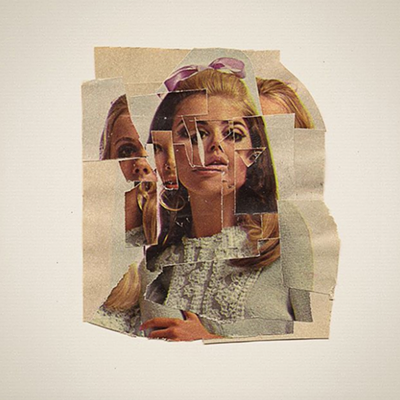