Co-hosts Christopher Boan and Tyler Vondrak are back in the Tucson Weekly's audio studio after a week off, covering the NBA Finals, the NBA Draft and the Women's College World Series.

Both gents discuss the WCWS, which UCLA won over Oklahoma, touching on Arizona's brief run in the event.

The duo break down the Toronto Raptors' thrilling six-game victory in the finals over the Golden State Warriors, and what the injuries to Klay Thompson and Kevin Durant mean to the team's future.

The talk then turns to who Vondrak, as the resident Phoenix Suns fan, thinks the team should pick with the sixth pick in the NBA's draft on June 20.

Tune in each Friday for a new episode of the Weekly's only sports podcast. 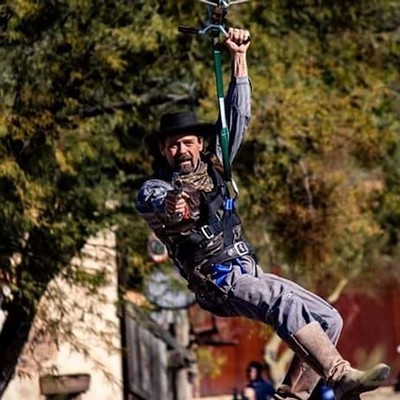 All Bets Are On, Voume 26: On the Women's World Cup, Megan Rapinoe and the Home Run Derby

All Bets Are On: On the WCWS, Arizona Basketball and Devonaire Doutrive's Departure