RPG and Bombs Found After Teen Killed on North Side 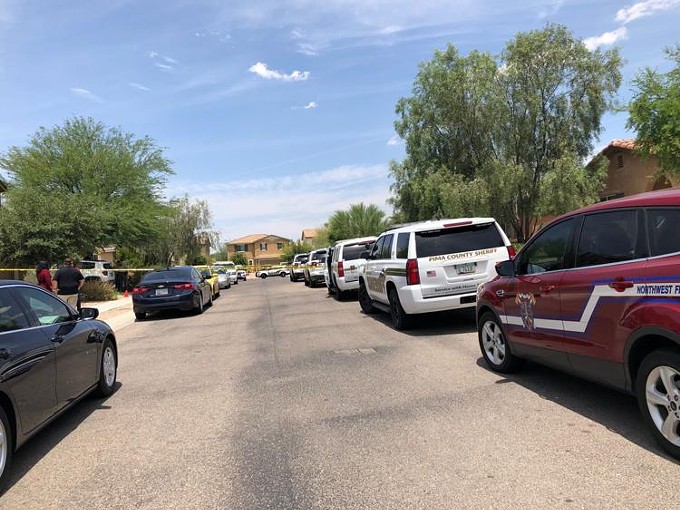 Courtesy Pima County Sheriff's Department
After one local teen died of a gunshot wound from an accidental shooting, police found a rocket propelled grenade launcher, an AK-47, several homemade pipe bombs and other weapons in the residence on the 8000 block of North Country Home Lane.

Luis Angel Lopez Jr., 17, died Friday, June 7 after being struck by an AK-47 round which was reportedly accidentally discharged by 19-year-old Raymundo Lopez-Casillas.

During the investigation of the shooting, detectives found suspected bombs inside the residence and quickly exited and called Pima Regional Bomb Squad.

All weapons and explosives were safely removed from the residence and the investigation has been turned over to federal authorities.

This article is an update of an original article published June 7:

One person died in a shooting Friday northwest of Tucson.

According to the Pima County Sheriff’s Department, someone died in the 8000 block of North Country Home Lane, near Mountain View High School and the Crooked Tree Golf Course.

The PCSD homicide unit is actively investigating, though authorities have said the shooting was an isolated incident with no present danger.

Three Great Things to Do in Tucson Today: Wednesday, June 12

Claytoon of the Day: At Least You'll Like The Way You Look