"The charter school movement is in trouble." So begins an article in the Washington Post. I think that's an exaggeration. Charter schools aren't in trouble as such — their numbers are still on the rise — but they may be cresting. Their once-shiny reputation is tarnishing. Charter proponents' mouths have made too many promises the schools can't keep, and people are beginning to take notice.

Some folks who have read my charter-related posts think I'm opposed to charter schools. Not so. I support any school — district, charter or private — with good teachers, a good curriculum and a strong overall educational philosophy. Plenty of charters fit that description. I would have no problem recommending a charter school to parents if I thought it was a good fit for their children.

What I'm against is the charter school PR machine, part of the ridiculously well funded "education reform"/privatization movement. Hundreds of millions of dollars are spent every year demonizing public education while praising charters as the answer to our educational prayers, then propping up the schools with funding above and beyond what they get from the state.

District schools deserve criticism, but not the "failing schools" slam they get from privatizers, and charters hardly deserve the lavish praise they receive from their financial patrons. That's why I go heavy on charter criticism. With all the money and effort perpetuating the myth of charter school superiority, I feel it's my duty to debunk their myth-making whenever I can.

The first charters began in the early nineties. Arizona's charters opened for business in 1995. The schools have had nearly 30 years to prove their worth. Yet when you look at legitimate studies comparing charters and district schools, the results are pretty much a wash. In one state, charter school students have better scores than similar students in district schools. In another state it's the district schools that have the edge. Charter students may have higher test scores in fourth grade math while district schools top charters in eighth grade English, or vice versa.

People on both sides of the argument can cherry-pick the data to fit their narrative, but when you look at the numbers as a whole, the differences in student achievement are so slight as to be insignificant. If parents choose well, they can send their children to excellent charter schools, but if they fall prey to false advertising, they might end up sending their children to some of the worst schools you'll find anywhere.

Hundreds of millions of dollars a year have been very successful at overselling charter schools as a superior alternative to district schools. Now, after almost three decades, the movement is starting to fall victim to its own hype. If you keep insisting charter schools are far better than the district alternative, eventually you have to make good on your promises.

As the author of the Washington Post article notes, charter school school enrollment continues to grow. Here in Arizona, charters have added 10,000 students a year over the past decade. But the nationwide growth has slowed, and skepticism has increased. Cities like Chicago, New York and Los Angeles are putting breaks on charter school expansion. The results of New Orleans' grand experiment after Hurricane Katrina when they converted most the school system to charters have been so mixed, other cities are wary of following a similar path.

One of the PR machine's biggest selling points for charters has been the claim that they rescue African American children from "failing schools." The NAACP is no longer buying it. Seeing the number of poorly run charters in African American neighborhoods, which are allowed to stay in business because of lax state oversight and an absence of sensible regulation, the NAACP has called for a moratorium on all new charter schools until current problems are dealt with.

Even here in Arizona, the governor and the legislature have been forced to consider increasing oversight and regulation of charters because of disturbing signs of corruption and profiteering riddling some schools' management.

The public's assessment of charters has been slipping lately, especially among Democrats, whose support of charters has lowered significantly over the past few years. The change is reflected in the recent batch of Democratic presidential hopefuls. While the Obama administration promoted charter schools, it's hard to find full-throated support of charters from any of this year's candidates.

Republicans, meanwhile, still favor charters by a wide margin. Like so many other issues in our polarized society, charters have taken a partisan turn, which doesn't bode well for the future of the charter school movement.

In the short term, the future of charters will depend on the outcome of the presidential election. A continuation of the Trump/DeVos educational policy will breathe life into the charter movement. A Democratic presidency is likely to slow its growth or even lead to a decline.

XOXO: Where to Rock Tuesday, June 11 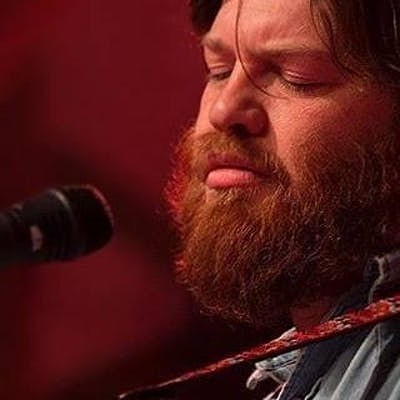