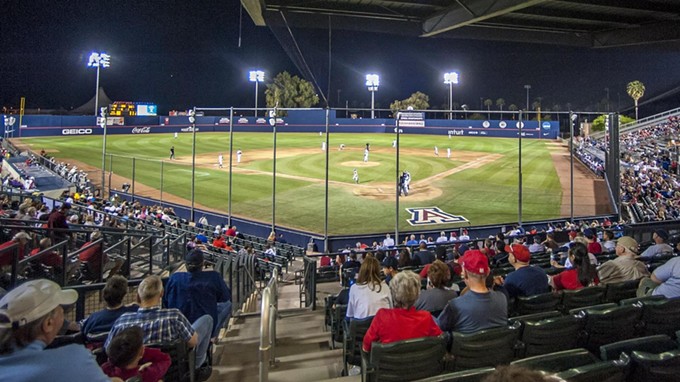 Courtesy Photo
Six members of the Arizona Wildcats baseball team were among the 1,217 names called during this year's MLB Draft, which wrapped up on Wednesday afternoon.

Outfielder Matt Fraizer was selected by the Pittsburgh Pirates with the 95th pick of the draft, serving as the Wildcats' single pick of the third round.

The lone high school player from Southern Arizona to hear his name called this year was Sahuarita High School alum Jose Dicochea, who was picked by the Pittsburgh Pirates with the 254th pick overall.

Dicochea, who is currently signed to play at the University of Arizona, has until August 15 to sign a contract with the Pirates, which is worth up to $161,400, according to Baseball America.

Oro Valley native and Canyon del Oro alum Max Smith was drafted by the Minnesota Twins in the 31st round. The University of Nevada, Las Vegas product serves as the only non-Wildcat local to hear their name called this year.

Arizona pitcher Randy Labaut was the final player from the region to hear his named called, going to the Cleveland Indians with the 1,060th pick of the draft.

Full results from this year's MLB Draft can be found on the MLB's website.

Claytoon of the Day: Race With Jared