It's Not a Slam Dunk, But LeBron's "I Promise School" Is Scoring 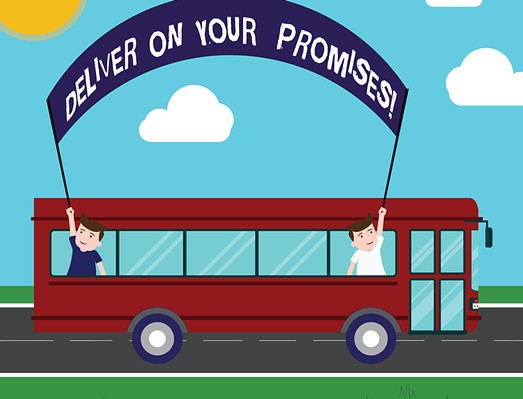 LeBron James' I Promise School in Akron, Ohio, populated by low income, low achieving students, opened in August. It's too soon to proclaim the school a success, but so far it is keeping its promise.

On the first set of school district assessments using a nationally recognized test, 90 percent of the students met the goals set for them based on their previous achievement, which is higher than the 70 percent rate for the rest of the district. Even more impressive, the students' growth was in the 99th percentile nationally. In other words, only one percent of schools' students grew at a higher rate.

Those are phenomenal results, but they need to be put into perspective. It's easy to misread the results and think these children have been turned into whiz kids who can give students from affluent districts a run for their money. We're dealing the real world here, not a made-for-TV movie.

If it sounds like I'm downplaying the success of the I Promise School I'm not. The results are pretty damned amazing. I just want to make sure I don't fall into the trap of implying there is some educational magic wand that you can wave over low income, low achieving students to level the academic playing field. There isn't. But the hope is, it's possible to improve the children's odds for success, and a school like the one LeBron has helped create is an indicator of a way to do that.

So, what are the ways the school is managing to beat the odds with these children? That's a complicated question with no absolute answers, but it's worth looking at some of the factors involved.

First, some background. The I Promise School is a public school, part of the Akron school district, unlike many schools connected to celebrities which go the charter or private school route. LeBron's foundation added $600,000 of his own money to the district's $2 million budget for the school.

This first year, the school has 240 students, all 3rd and 4th graders, with a plan to include students through the 8th grade over the next few years. The students who were considered for admission scored near the bottom of the district on their second grade tests. They were accepted to the school using a lottery system.

One vital factor in the students' success is the help and attention the school gives to their parents, who have access to G.E.D. preparation, health and legal services and advice concerning work. As important, a large room contains jars of peanut butter and jam as well as cereal and assorted canned goods which parents can take home to help feed their families. In the same room are bins full of clothes which are also free to parents. (LeBron's foundation covers the cost of the parent services.)

Some of the parents' stress concerning feeding and clothing their children is relieved, and their children are better fed and clothed than they would be otherwise. That's a tremendous service to the families. At the same time, the parents have access to people and services who can help them live  better lives. The parents are part of the school's community along with their children. Everyone has the opportunity to buy in.

The education offered to the children is far from what you find in some of the "no excuses" charter schools for low income children, which believe you build students' skills with a militaristic, drill-and-kill style of instruction. In a "no excuses" atmosphere, many of the I Promise students would be the first to be disciplined, suspended, then expelled. The I Promise School uses what it calls a trauma-informed curriculum. Working with the students' personal and emotional needs is as much a part of the school day as building their academic skills. Based on the students' achievement over the first six months, the combination is a success.

I love what I see happening at the I Promise School, and that puts me in danger of overselling its virtues, so let me tamp down my enthusiasm a bit.

Lots of extra money is being spent on these children's educations. The school couldn't do what it's doing using school district money alone. If this school is a model, it's an expensive one, and making a significant increase in school budgets is a tough sell.

But if the children leaving the school are better educated, better adjusted and more self sufficient than they would have been if they attended another school, it's cheap at the price. It's more of a long term investment than an expense.

It's also important to remember, this school has LeBron's name and face all over it. There is undoubtedly some of what's known as the "halo effect" going on, where people who know they're being given special attention work harder and perform better. If a similar school with the same resources but without a famous name attached to it opened elsewhere, there's no guarantee the students would do as well.

And the school has been open less than a year. It's too early to call the school a success.

Having said that, the I Promise School is doing the kinds of things for children and their families which should be part of the way the nation treats its lower income, underserved populations, both in and out of school. I'm convinced we would be a better educated society — and a better society in general — if more schools around the country adopted a comprehensive "Community School" approach.

Claytoon of the Day: Royal Babies 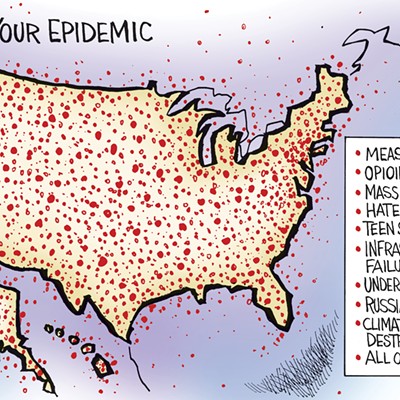