XOXO: Where to Rock This Weekend, May 3 to 5

In a collaboration with Ozomatli and Locos Por Juana, “The Wall” questions the definition of the word immigrant and what makes one illegal. According to the band, “The track speaks volumes about what has been going on in terms of immigration, borders, homeland security and identity politics during the current divisive administration.”

“Fans have been asking for an album centered just around me. So, I give them N9NA.” On his freshly released video, “Like I Ain’t,” this indie rapper is on mission to convert non-believers. “This is me, wholeheartedly. It’s for die-hard fans and newcomers. I’m rapping like I’ve never sold a gold or platinum record.” Tech N9ne rolls the It Goes Up Tour into the Rialto Theatre.

Utah dream poppers Choir Boy and a solid cast of others—Hikikomori, Lychee, Kell, Carnival and This or This—perform in an all-ages show at Ward6 - AZ.

Courtesy Photo
Playing the role of modern-day outlaw, country singer Gary Allan is placing his “Used Heart For Sale” on the auction pedestal at the Desert Diamond Center.

Akin to a piping hot bowl of menudo that comforts and helps to remedy the malaise, The Carnivaleros offer up an “unnatural ball” at Monterey Court.

The EDM community shall gather. Sirenz, Jamaste, DJ Ramrod, Lephan and RVRE assemble for a Memorial Show in Honor of Josh Torres. Proceeds to help family with final expenses. At Passé…

Black Renaissance: A celebration of black artists in Arizona happens at Hotel McCoy every Saturday in May. This week features the music of hip hop artists Jaca Zulu, Cash Lansky, Chakara Blu and Kazier.

Château Château, Moontrax, Oracle & Hardy and The Sometimes perform at The Girl Crush Benefit Concert. Proceeds will go to the United Nations Foundation’s adolescent girl campaign Give Her a Future initiative. At Club Congress.

Courtesy Photo
And on the plaza at Hotel Congress, it’s the Agave Heritage Festival. While exploring the significance of agave on the border region the intoxicating rhythms of Phoenix Afrobeat Orchestra and Jerusafunk will wafts through the night air.

In the mood for a Rock ’n’ Roll Donut Party? The Gunrunners, The Distortionists and The Ohmlauts will make the chocolate sprinkles melt at Irene’s Holy Donuts.

Celebrating the release of their first demo tape, Love That You’ve Lost, The Great Citizens are holding an all-ages bash at Ward6–AZ. Stripes520, All Harmless, Hang The Bassist and Banana Pancakes add to the festivities. 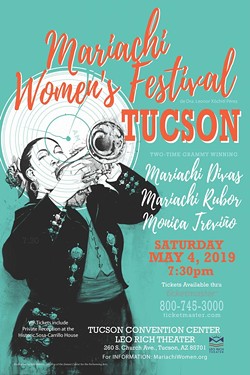 Hotel McCoy throws a Cinco de Mayo party with Devotchka, Orkestra Mendoza and Joey Burns of Calexico. The bash with food trucks and other fun kicks off at 2 p.m.

The Latin fusion-inspired salsa, cumbia and ska of Santa Pachita figure prominently in The Annual Cinco de Mayo Celebration at Hotel Congress. Oh, and, the agave too.

“Being famous was never the goal,” says lead vocalist/guitarist Andrew VanWynGarden, who from the outset had a knack for writing songs that sounded like they were “filtered through a kaleidoscope.” Well, if you waited on getting tickets, bad news. Rumor has it the MGMT show at the Rialto Theatre has sold-out.

Mik & The Funky Brunch offer up just that at La Cocina. 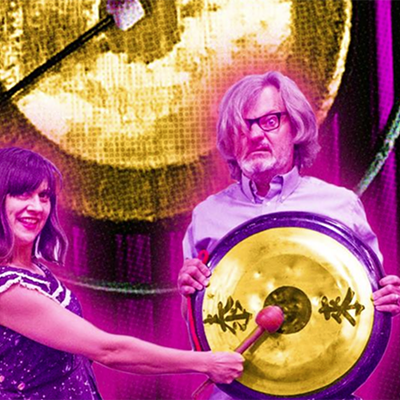