Calexico's Joey Burns alerted us to a preview track from the upcoming Years To Burn album collaboration between Calexico and Iron & Wine, which is due out June 14.

"I wrote 'Midnight Sun' the day I got to Nashville for the Years to Burn session," says Burns in an email to fans. "I arrived at our rental house the day before everyone else and was happy to find a piano, an old pump organ and a guitar to do some writing. I was up late and came up with a tune that would bridge both bands’ worlds. It started with a drone in F# and a curiosity as to where it would take me."

The bands, who also collaborated on 2005's spectacular In the Reins, will be touring in support of the album later this year. They'll be performing at the Orpheum Theatre in Phoenix on Friday, Aug. 16, and at downtown Tucson's Rialto Theatre on Saturday, Aug. 17.

Three Great Things to Do in Tucson Today: Monday, May 6 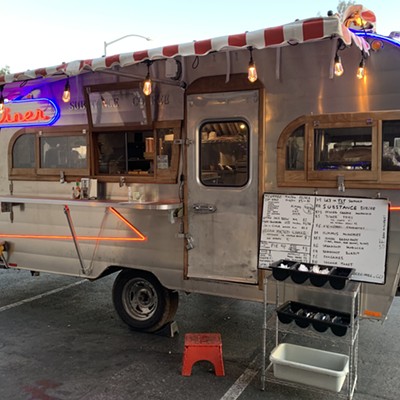