XOXO: Where to Rock Monday, April 22

Courtesy of Pima County Fair
Propelled by his commanding voice, this hard rocker was the engine that pulled 1970s stalwarts Grand Funk Railroad to the top of the charts with hits like “Some Kind of Wonderful,” “I’m Your Captain” and “The Loco-Motion.” Mark Farner’s American Band keeps the train rollin’ at the Pima County Fair. Details here.

From a small village in Niger where secular music was all but prohibited, this Tuareg guitarist traveled to Nigeria in 2008 to record his debut album. This album of spacey autotune, drum machine, and synthesizer became a viral hit in West Africa. Mdou Moctar brings his unique sound to 191 Toole. American folk artist Marisa Anderson kicks things off. Details here.

Renowned for their wild antics, kaleidoscopic guitar work and tunefulness, Cosmonauts land on the stage at Club Congress. Details here.

Send in the Clowns

Three Great Things to Do in Tucson Today: Monday, April 22

XOXO: Where to Rock Wednesday, May 1

XOXO: Where to Rock Tuesday, April 30 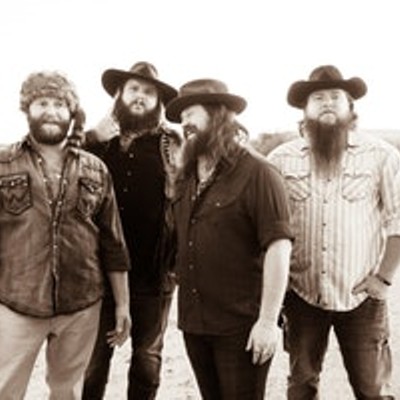 XOXO: Where to Rock Monday, April 29