Co-hosts Christopher Boan and Tyler Vondrak are back to discuss the Sean Miller testifying news, the Arizona softball team's resurgence and the future of college football.

The first segment of Friday's show breaks down the day's news that Sean Miller and LSU coach Will Wade will not testify in the trial of Christian Dawkins, and the news' impact on the Arizona program.

The second segment covers the Arizona Wildcats' 18-game win streak in softball and Mike Candrea going for his 1,600th win at Arizona.

The third segment breaks down the Tucson Roadrunners' record-breaking attendance and their season finale loss to the San Diego Gulls, which cost them a spot in the AHL Playoffs.

Finally, the duo discuss the New York Times' story on Colorado football, and whether football's physicality and danger can mesh with collegiate athletics.

Tune in each Friday for a new episode of the Weekly's only sports podcast, at TucsonWeekly.com. 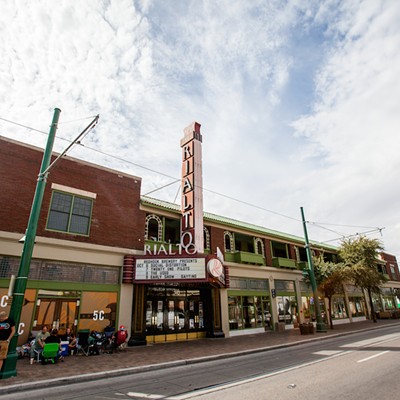