Eight Great Things to Do in Tucson Today: Thursday, April 18

Third Annual Neighborhood Brewery Ride. To celebrate Bike Fest Tucson, the Rincon Heights Neighborhood Association is sampling brews at a few locations near their home and making some new friends along the way. Stops include Public Brewhouse and Crooked Tooth Brewing Co. before ending up at Tap & Bottle. The meet-up starts at Ninth Street on the west side of Campbell, before promptly leaving at 7 p.m. on the way to the breweries. 7 to 10 p.m. Thursday, April 18. Ninth Street and Campbell Avenue. Details here. 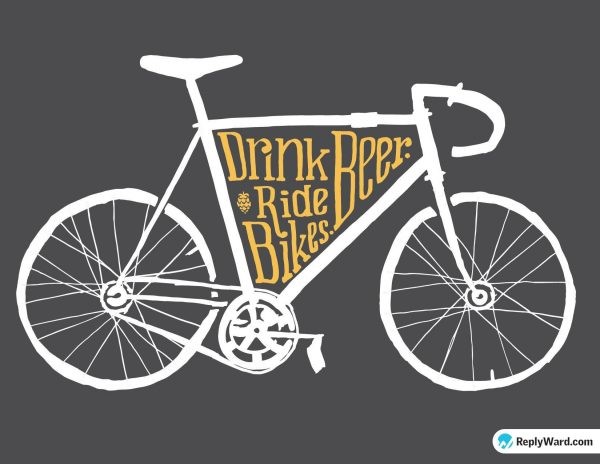 Courtesy of Pima Community College
Polaroid Stories. This fascinating show combines stories told by real teens who have lived on the street with a retelling of Ovid’s Metamorphoses to tell a series of vignettes that explore difficult themes like abuse, violence, drug addiction and lost love. Street language and poetry come together as well, to create an atmosphere that director Marc Pinate describes as “a terrible beauty.” Thursday, April 18, through Sunday, April 28, with shows at 7:30 p.m. Thursday through Saturday and 2 p.m. on Sunday. ASL interpreters on Thursday, April 25. PCC Center for the Arts Black Box Theatre, West Campus, 2202 W. Anklam Road. $17 GA, $10 PCC students. Details here.

Sinkers: An Original Work of Physical Theatre. The School of Theatre, Film & Television Studio Series is putting this show on as part of their Studio Series. It’s focused on physical theatre, and they brought in Wolfe Bowart, a physical theatre playwright, performer, educator, artist-in-residence and mentor to work with the BA theatre art students. They started rehearsals at the start of the spring semester, and let the performance piece evolve throughout. How would Bowart describe it? Well, he says it’s counterintuitive to describe something so visual with words. But he does add, “I’ve enjoyed watching as we solve the puzzles inherent in translating a theatrical form that is more about muscle than memory.” 8 p.m. Thursday, April 18, through Saturday, April 20, and 2 p.m. on Sunday, April 21. Harold Dixon Directing Studio, Drama Building, room 116 (SE corner of Park and Speedway on the UA campus). $7. Details here. 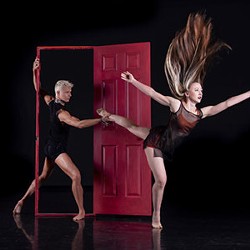 Courtesy of University of Arizona - School of Dance
Horizons–Student Spotlight. The UA has a nationally reputed dance program that teaches its students ballet, modern and jazz in equal amounts. As dancers prepare to graduate and take the stage at professional venues all over the world, the School of Dance presents this concert as a culmination of all of their work here in Tucson. The student choreography and diverse perspectives will have the whole audience looking forward to what lies on the horizon for the dancers. 7:30 p.m. Thursday, April 18, and Wednesday, April 24. 1:30 p.m. on Saturday, April 20 and April 27. 6 p.m. on Sunday, April 21. Stevie Eller Dance Theatre, 1737 E. University Blvd. $25 GA, $23 senior/military/UA employees, $12 students. Details here.

The Musical Box–A Genesis Extravaganza. The year was 1973, and five British musicians were about to change the world of rock concerts as the world knew them as they toured their fourth album, Selling England by the Pound. The surreal sets, fantastical visual effects and (obviously) rockin’ music mean it’s considered by some as one of the first multimedia performances. If you missed it then, this restaging of the show, based on hundreds of photos, slides, amateur films, and media articles, is your chance to see it again. The Musical Box went out and found all the right instruments, meticulously replicated the special effects and costumes and got together a group of talented musicians, who have been touring this show since 1993. That’s more than 25 years! It must be pretty damn good to still be going. 7:30 p.m. Thursday, April 18. The Fox Theatre, 17 W. Congress St. $26 to $86. Details here.

Courtesy of Zofo Duet
ZOFO Piano Duet. ZOFO—the super cool stage name of Eva-Maria Zimmermann and Keisuke Nakagoshi, have been wowing audiences and earning Grammy nominations since they banded together as one of the only duos in the world exclusively devoted to playing piano duets back in 2009. This live concert experience features 15 new commissioned duet compositions from top composers all over the world. ZOFO asked each composer to pair their work with a painting representative of his or her culture and how it relates to the creative process. It’s like a 21st-century version of Mussorgsky’s Pictures at an Exhibition. 7:30 p.m. Thursday, April 18. Pima Community College Center for the Arts Proscenium Theatre, West Campus, 2202 W. Anklam Road. $10 to $30. Details here.