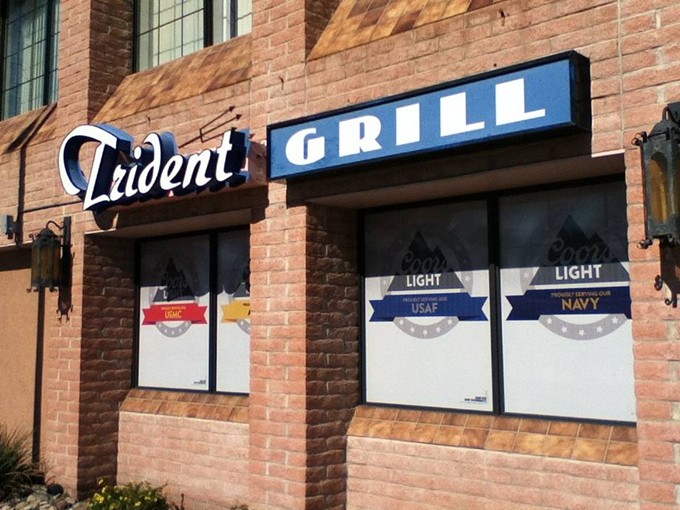 Courtesy
Trident Grill is opening a location in northwest Tucson for the first time, joining the Tucson-based chain's three other grill locations and pizza pub. The expansion, which was confirmed by Trident owner Danny Gallego, puts the chain into the 4,000 square foot former CiCi's Pizza location at 2912 W. Ina Road. Gallego said the company plans on opening their newest location by the end of June, featuring more than 15 TVs and a full bar with 30 beers on tap. Expansion into the northwest has been in the works for a while, Gallego said, with the company looking for the perfect parcel of land. "We have been trying to get to northwest Tucson for some time now and we felt this location would be the right fit," Gallego said via email. "The Ina and I-10 construction also weighed heavy on our decision, so the timing couldn’t be better with it opening soon." Gallego said he's thrilled to have a chance to expand Trident into a part of the city that's growing rapidly, delivering high-quality food to Tucsonans of all ages. "We like that northwest Tucson has many family neighborhoods, is growing and adding exciting new venues to the area," Gallego said. "We want to be a part of that growth and excitement." Gallego added that Trident, which opened its first location at Speedway Boulevard, just east of Campbell in 2001, is ready to deliver their eclectic menu to the area. "What we like to bring to any location is quality food and ingredients at a fair price. We believe that being consistent in all aspects of service creates a loyal following," Gallego said. "That has been the secret to our success. We consider guests family and have so for the last 18 years. We appreciate the love and support from them all."