XOXO: Where to Rock Wednesday, April 3

Embodying the duality—the passion and poignancy that exists when age-old ideologies manifest into real world struggles—of a city and its people divided, Arizona Friends of Chamber Music presents the Jerusalem Quartet. With a program that features works by Haydn, Debussy and Shostakovich. Composed in the immediate aftermath of WWII, Shostakovich’s String Quartet in G Major, Op. 76, No. 1 is considered a chronicle of war that begins with a calm unawareness of imminent cataclysm and culminates by asking the eternal question: Why? At Leo Rich Theatre. Details here.

Whether it be politically charged satire veiled in rock ’n’ blues or an introspective acoustic number, acclaimed singer-songwriter Kevin Pakulis and his band bend ears at Public Brewhouse. Details here.
click to enlarge 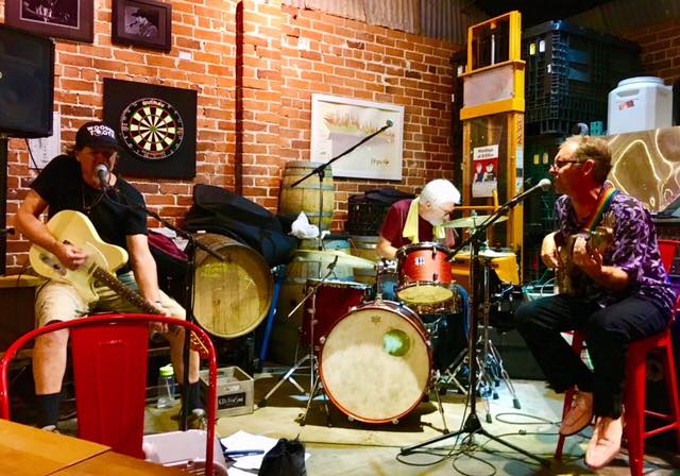 The sophisticated neo-soul serenade that is Street Blues Family enraptures on the patio at Hotel Congress. Details here.

“Forever On Your Side,” Christian rockers Needtobreathe roll their Acoustic Live Tour into the Fox Theatre. Folk and country singer Sean McConnell breathes in “Secondhand Smoke” before the show. Details here.

Three Great Things to Do in Tucson Today: Wednesday, April 3

XOXO: Where to Rock Wednesday, May 1

XOXO: Where to Rock Tuesday, April 30

XOXO: Where to Rock Monday, April 29