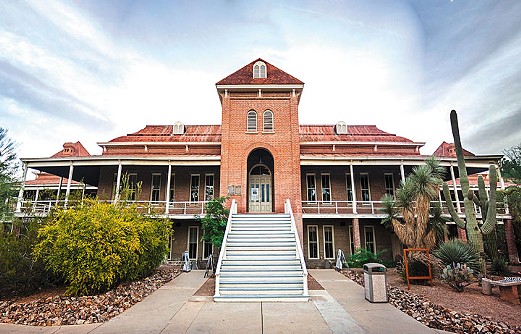 The University of Arizona hopes to position itself as a hub for research, programming and services related to gender-based violence, according to an official press release. Thanks to a $1.5 million donation from the Chris and Carrie Shumway Foundation, the university's Consortium on Gender-Based Violence is in the process of establishing a national model for "understanding and combating gender-based violence, improving support for survivors and eliminating cultural attitudes that re-create cycles of violence."

While people of any gender can be the target of violence, women, girls and LGBTQ+ individuals are far more likely to be harmed by men both in the United States and across the world. The Consortium aims to develop a "research-to-practice" model for violence prevention and response which can strengthen gender-based violence prevention efforts outside the university to reach the greater Tucson area.

The consortium was established by Monica J. Casper, a professor and associate dean for Faculty Affairs and Inclusion with the College of Social and Behavioral Sciences, and Melissa Vito, former senior vice president for UA's Student Affairs, Enrollment Management and Strategic Initiatives. The Shumways donated $500,000 to the cause in December of 2017, and have now contributed another $1 million to help the consortium expand its mission, according to the release.

With new director Elise Lopez—who received her PhD in public health from UA and is an internationally-recognized violence scholar—the consortium will introduce a grant program to help researchers fund projects for solutions. It will also provide support for the new Survivor Advocacy Program, which offers confidential support and advocacy services to student survivors of sexual and gender-based violence, according to their website.

"The UA becomes our students' home, and we cannot do our primary job educating them, allowing them to develop their minds and characters, and helping them to explore their interests and new relationships, if we do not create a safe environment," UA President Robert Robbins said in the release. "Violence of any kind, including violence based on a person's gender, has no place on a university campus, and we are all grateful for this generous gift from Carrie and Chris Shumway. The Shumways are giving us the opportunity to fulfill their vision of the UA as a national model for addressing and hopefully eliminating gender-based violence."

Carrie Shumway is a 1993 alumnus with a bachelor's degree in sociology. Her husband Chris is the managing partner of Shumway Capital, a Connecticut-based private investment firm valued at over $8 billion. Their philanthropy work is focused on "reducing the disparity of educational outcomes between low-income and high-income students," according to their website.

The UA recently hired former judge Ronald Wilson as the new Title IX director in an effort to address the university's compliance with the federal law after several lawsuits were filed by current or former students involved in university athletics who believe the school did not protect them from gender-based sexual misconduct and assault.