All Bets Are On is back for another college basketball-heavy segment, with co-hosts Christopher Boan and Tyler Vondrak hitting a bevy of topics.

The duo tackle last weekend's second round games of the NCAA Men's Basketball Tournament, before giving their picks for this week's Sweet 16 contests.

Both hammer out their favorite games for the third round of the 68-team event, discussing the betting lines for each.

They also address the controversial comments made by University of California-Irvine coach Russell Turner, who called Oregon freshman Louis King 'Queen' throughout their game on Sunday, according to the LA Times.

The final segment of Tuesday's podcast handles the openings at California, UCLA and Washington State, with both Boan and Vondrak giving their picks of the next coach at each school.

Tune in on Friday, as the pair return for another segment of the Weekly's sports podcast, talking about Thursday's Sweet 16 contests once they've concluded. 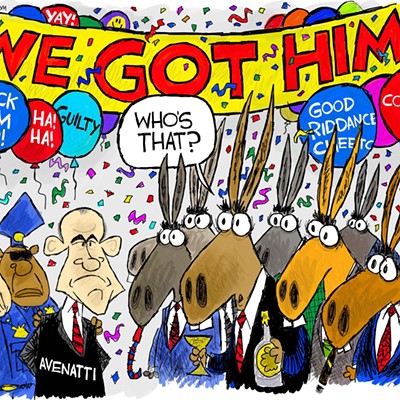 Claytoon of the Day: Lock Who Up?